Your Body Wants You to Replace Red Meat with Plants. It’s Time to Listen! 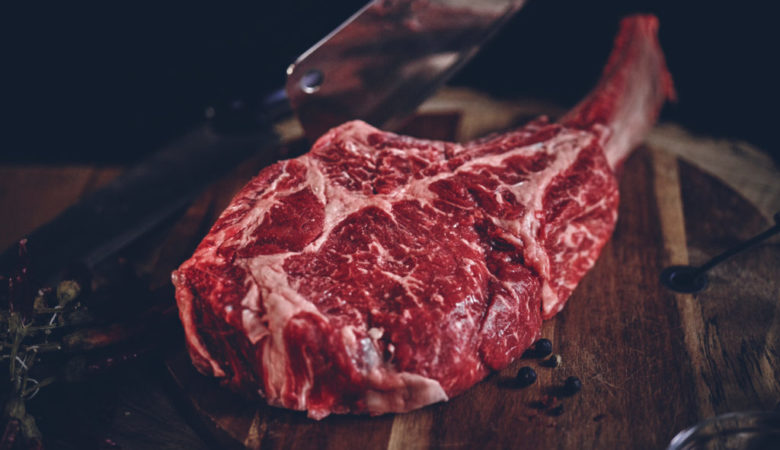 Red meat is everywhere. It’s the fast-food burger you had for lunch. It’s the hotdogs Americans love to grill on the Fourth of July. It’s even hiding in microwave cuisines and canned foods. If you’re looking for a hearty meal, red meat is difficult to avoid. But there’s a growing body of research that says you should try to avoid it. Instead, science is urging us to more plant-based diets and the health benefits that come with them.

What’s the harm in red meat?

To put it simply, red meat can shorten your lifespan. It’s linked to cardiovascular disease and even some types of cancer. Even beyond your body, the factory farm industry causes its own share of economic, environmental and health problems. For these reasons, you should avoid processed meats, too. While chicken and turkey are healthier than beef and pork, if they’re packed with preservatives or unethically farmed, it’s no better than eating red meat.

All this sounds scary, but the solution is simpler than you might realize: replace your red meat with plant-based options. It’s not enough to cut red meat from your diet. You have to replace it with something to get the protein, B vitamins, selenium and fats your body needs to function each day.

Now, you might say, “the body needs protein and red meat is the best source of protein!” Protein is great, but red meat also contains all the stuff you don’t want. That burger you had for lunch is chock-full of cholesterol and other things that will clog your arteries. And red meat isn’t necessarily the most protein-dense food out there. Beans, legumes and whole grains have similar levels of protein plus other nutrients, such as healthy fats and vitamins.

All told, research says you don’t need red meat to maintain a protein-rich, healthy diet. In fact, you’re probably better off without it!

A little goes a long way

Going 100% plant-based is a lot to ask for. You don’t have to say good-bye to meat forever in order to be healthy—but you should still reduce your red meat intake as much as possible.

A study revealed that substituting one serving of red meat daily with healthier options reduced participants’ risk of coronary heart disease by almost 50%! While all the study participants were male, there’s no doubt anyone could benefit from a little less red meat in their lives.

The solution goes far beyond expectations

Let’s say you’re digging the plant-based life and are ready to make the leap over to vegetarianism or veganism. What will replace all that meat? Well, for starters, you don’t have to starve. No one is asking you to live off a bird diet of nuts and seeds.

What if you could give up the carnivorous lifestyle and still enjoy the taste of beef? Well, you’re in luck. A company called Beyond Meat creates plant-based protein that tastes, sizzles, and smells just like your typical fast-food burger.

Beyond Meat is great for newly-converted vegans and a fantastic way of saving the environment. However, it’s not as healthy as those nuts and seeds mentioned earlier. Vegan doesn’t automatically translate into all-natural ingredients, particularly when it comes to Beyond Meat. The company is still searching for a product that tastes like beef and has all the nutritional value of clean eating. In short: it’s better than red meat, but throw in some legumes here and there as well.

The best argument in favor of giving up red meat is a simple one. Humans can’t live on meat alone; they can live on plants. Even a balance of lean meat like chicken and turkey along with the typical fruits, vegetables, beans, and grains has better outcomes for people than chowing down on red meat!

It’s best to start small. Replace one red meat each week with something else—a healthier meat like chicken or fish, or a protein-rich vegetarian dish. As you slowly move away from red meat, you’re likely to find yourself feeling better—especially people with underlying inflammatory conditions or chronic illness.

It’s important to realize that plants aren’t only a good substitute for red meat; they’re also a healing substitute. Plant power is a force to be reckoned with when it comes to doing right by your body. Just ask plant-powered athletes like ultramarathoner Rich Roll or tennis superstar Venus Williams.