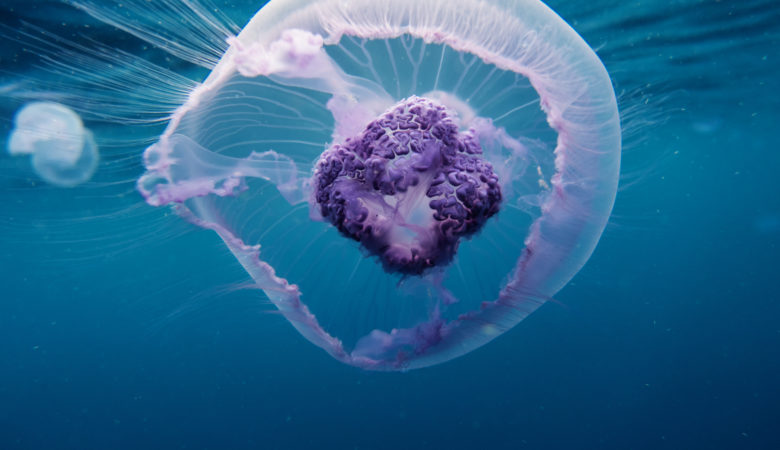 Vampires, deification, deals with the devil, aging portraits in the attic, being a jellyfish: if you’re looking for a path to immortality, jellyfish might actually have the answer. It’s not science fiction, either. A certain species of jellyfish, Turritopsis dohrnii, may just hold the secret to eternal life.

Turritopsis is a type of warm water jellyfish measuring just half a centimeter long. The age backwards. These jellyfish go from the adult to the juvenile stage, before eventually growing back into adulthood. If they sexually reproduce, they’re locked into adulthood—except for T. dohrnii, which can “go from its free-floating stage to bottom-living polyp, known as life cycle reversal (LCR), as many times as it wants.”

Could this tiny jellyfish hold the key to eternal life? Here’s what science has to say about it.

The key to immortality?

The current research is focusing on two parts of the genome absent in other Turritopsis jellyfish. First, there’s a genome component that “silences” two families of proteins which regulate gene expression. Second, there’s a component which can activate a stem cell to turn into whichever kind of cell it needs to become, during the life cycle reversal process.

The prevailing theory is that these components probably only work in conjunction with each other—although scientists suspect that we might be able to translate that into better health and a longer lifespan for more complex creatures, like humans.

While you shouldn’t make plans for eternity just yet, studies could help us find ways to harness T. dorhnii’s genetic capabilities. However, it’s important to note that even T. dorhnii doesn’t live indefinitely. In fact, because it has few defenses, it’s a natural food source for other jellyfish and fish.

Another potential key to living forever

Hydra vulgaris is another species which could, theoretically, be immortal. The hydra is part of the cnidarian phylum, which also includes jellyfish, coral and sea anemones. Hydra have incredible regenerative capabilities, allowing them to grow back “from nothing more than a fragment of a tentacle.”

This species, which “opens” its mouth by ripping apart its own skin, is accomplished by cells stretching to self-destruct. Once they tear open a mouth, they consume their prey. Then their cells close up the “mouth,” healing and regenerating cells. When scientists studied the cellular structure and movement, they found that “no cellular rearrangement was occurring. Instead, parts of the animal’s ectodermal cells called “myonemes” act as muscles, stretching part of the ectoderm until the cells tear themselves apart.”

Like T. dorhnii, Hydra vulgaris is a physiologically simple lifeform, which may be the key to its ability to regenerate and heal rapidly. How we could apply these lessons to more complex lifeforms remains to be discovered.

Why are we so obsessed with immortality, anyway?

Jellyfish aren’t the only immortality-related study. According to the Washington Post, “In 2013, Google launched Calico, a biotech firm whose objective is to ‘solve’ death. PayPal co-founder Peter Thiel, meanwhile, has pledged to ‘fight’ death. And last year, it was reported Amazon chairman Jeff Bezos had invested in Altos Labs, a company that plans to ‘rejuvenate’ cells in order to ‘reverse disease.’ There’s even a start-up developing drugs so that dogs can live longer. Clinical trials are scheduled to start this year. If they’re conclusive, the plan is to apply the same science to people.”

The search for the fountain of youth goes back millennia. The Epic of Gilgamesh is the first known reference to the desire for immortality. Religion, spirituality, alchemy and now science have promised potential “miracle” cures and life after death. Our human egos find it difficult to imagine a world in which they no longer exist, or what could potentially come after death. This scientific research is not only fascinating, but it can provide similar comfort.

The end—or is it?

Whether we’ll eventually find a way to avoid death indefinitely, the search for immortality is probably a net positive. At worst, we may find the key to improve health and longevity—so even if you don’t live forever, you’ll have a better time while you’re still alive.

The Benefits of Barefoot Living

When’s the last time you walked through the grass, soil or sand, barefoot? If it’s…