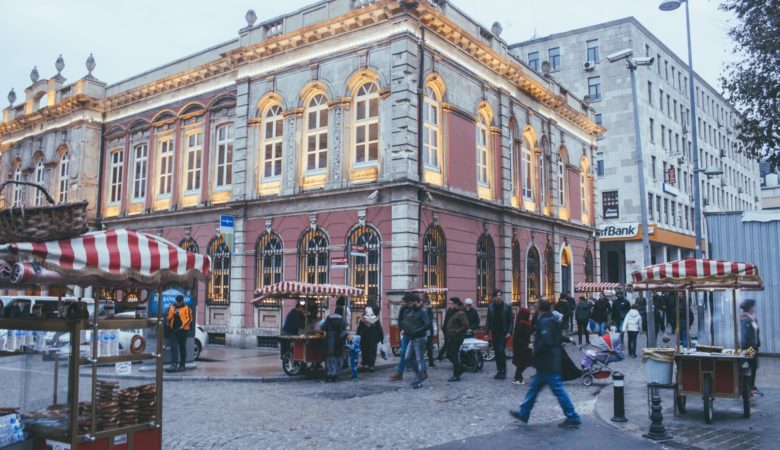 As COVID-19 sweeps across the globe, resulting in many businesses shutting down or laying off their employees, many people—including Americans—are advocating for adopting a universal basic income (UBI) policy. The idea is to guarantee a monthly minimum income for each adult, whether they’re working or currently unemployed.

If that sounds like an impossible dream, it doesn’t have to be—Finland has recently tested a universal basic income program. It turns out that not worrying about how you’re going to pay the rent means you have a lot more time to work or find work, to say nothing of its positive effects on mental health.

What is universal basic income and how does it work?

Universal basic income can be accomplished in a number of ways. People often disagree on who should receive the money and who funds it, but the purpose is to guarantee a minimum income to help offset the increased costs of living—whether or not they are currently employed.

This idea is often floated when major industries replace workers with robotics. Opponents of the system argue that people will refuse to work or it will make them lazy.

So, who should receive the money? In America, the debate is usually between “everyone, regardless of income and employment status” and “people living under the poverty line.” As for who should fund it, some possibilities are increasing taxes on corporations, as well as wealthy individuals.

The idea of a universal basic income is nothing new; Milton Friedman proposed a negative income tax and Martin Luther King, Jr. argued in 1967 that providing a guaranteed income is the key to eliminating poverty. Consider just how wealthy the country’s top 1% is—for example, Jeff Bezos makes almost $2,500 per second—compared to the American federal minimum wage, which is $7.25 per hour. The inequalities are striking.

When you consider how many Americans work multiple part-time, contract and freelance gigs just to make ends meet, this system sounds pretty appealing. But can it work?

The results of Finland’s experiment

Finland recently tested UBI with a sample of unemployed citizens. They all received a guaranteed income of about $549 per month, which, of course, isn’t enough to live on in most countries. The point wasn’t to completely subsidize their existence, but rather to find out what the effects of having some guaranteed income while unemployed might be.

The results were what you might expect: having guaranteed money come in each month had a significant effect on the participants’ health and happiness. Whereas 32% of the control group participants (who did not receive UBI) reported experiencing depression—particularly when justifying their need for welfare to the welfare board—the group who received income reported depression at a rate of 22%.

Others used the money to start a business or said they were considering jobs with lower incomes, because they could now afford to do so—something that contributes to the overall higher satisfaction in life that participants reported. They could also contribute to caring for sick and aging relatives, whereas before that would have been extremely difficult, if not impossible.

There were, of course, people who reported that they were still depressed and didn’t receive any particularly significant benefits from receiving the guaranteed monthly income. That’s to be expected in any sample group. The overall consensus was that while money doesn’t necessarily buy happiness, but it sure does help.

Could UBI be a possibility in America?

The COVID-19 pandemic has highlighted how tenuous most Americans’ financial security really is, when faced with unemployment, mass layoffs and more. The average American simply does not have the savings to keep them from economic ruin in the face of a widespread disaster, like we’re experiencing now.

Critics of the CARES Act’s one-time $1200 per adult and $500 per child stimulus payment pointed out that while it helps, it’s hardly enough to supplement income as the pandemic drags on. If a UBI was adopted in America, it’s likely that it would be a new version of the earned income tax credit.

The staggeringly wealthy 1% and major corporations would be taxed at a higher rate (as they are able to afford it) and this in turn would fund the UBI for qualified recipients. There could be a limit on who is eligible to receive the money, how much they get or how the funds are allocated, but one thing is for sure—it would help many underpaid, underworked Americans achieve a decent standard of living.