Find Out Where Spirituality “Lives” in the Brain 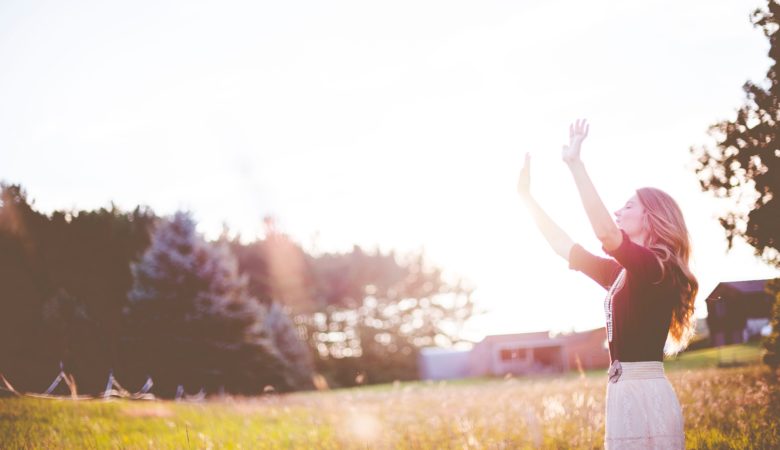 No matter what religion, spiritual guidance or general philosophy you have, you’ve probably considered—at least once—whether it’s “real.” Why do some people have strong faith and a sense of spirituality, and others remain skeptics? As usual, science is on it. There is a specific place where some scientists think spirituality lives in the brain, and future research could be enlightening.

You’ve probably heard someone say “I’m not religious, I’m spiritual” before—maybe you’ve even said it yourself. But what does that really mean? Spirituality is the sense of being interconnected with something bigger than ourselves. That could be in the form of religion, but it can also mean that you just think there’s a higher power or universal force out there.

Maybe you’ve had profound spiritual experiences yourself, or you just believe that it’s possible. Perhaps you’re a total skeptic and think that the universe is a random and unfeeling place. But what would you think if scientists told you that the brain holds a special sector for that “oneness” and connection?

The neurobiological home of spirituality

Scientists have long been interested in the way spiritual experiences can have an effect on mental health, addictions and more. In 2018, scientists from Yale suggested that people who have that routine sense of spirituality, or the occasional profound experience, have more activity in the parietal cortex. This part of the brain is responsible for the awareness of self as well as attention processing tasks.

New research from Biological Psychiatry examined patients with brain lesions to find out if they could map spirituality to a specific brain circuit. They looked at about 200 patients, both before and after brain surgery. Their findings were surprising. The brain circuit responsible for spirituality is in the periaqueductal grey (PAG), located in the brain stem. The PAG is responsible for altruistic behavior, fear conditioning and pain modulation.

This circuit has positive and negative nodes. When surgery disrupted the positive nodes, spiritual beliefs decreased. When it disrupted negative nodes, it increased. As Michael Ferguson, PhD, one of the study’s authors noted in a press release, “Our results suggest that spirituality and religiosity are rooted in fundamental, neurobiological dynamics and deeply woven into our neuro-fabric… .We were astonished to find that this brain circuit for spirituality is centered in one of the most evolutionarily preserved structures in the brain.”

Keep in mind that the study’s patients were predominately from Christian-based backgrounds. To find out more about how spirituality and the brain coexist, the researchers acknowledge that they’d need to examine more patients across a wider breadth of religions and cultural backgrounds. However, this is fascinating news for anyone who has ever wondered why some people just seem to feel connections or faith more easily.

What does this mean for spirituality, religion and brain function?

The idea that spirituality is rooted in the brain might be upsetting to some. Is religion and spirituality “real,” or is it just another biological function? According to Ferguson, “It’s important to note that these overlaps may be helpful for understanding shared features and associations, but these results should not be over-interpreted. … For example, our results do not imply that religion is a delusion, that historical religious figures suffered from alien limb syndrome, or that Parkinson’s disease arises due to a lack of religious faith. Instead, our results point to the deep roots of spiritual beliefs in a part of our brain that’s been implicated in many important functions.”

One theory is that while our brains help us differentiate from others and manage reality, sometimes—especially during profound experiences—it’s useful to drop the barriers. What’s more, achieving that profound spiritual experience is something available to everyone. You don’t have to subscribe to a particular religion or clear your chakras to feel that sense of interconnectedness. Maybe it helps you feel closer to the divine, and maybe it doesn’t. The key is that it’s all right there in your brain.

Because scientists believe that these experiences help us live emotionally richer, more complex lives, you can rest assured that if you have a spiritual experience, it’s probably going to be to your benefit.

Having your own spiritual experiences

Maybe you’ve never really had a memorable spiritual existence, or you’re not convinced that we’re connected to anything but the internet. If you want to activate the spiritual part of your brain, try cultivating experiences that fill you with awe. Who knows? Your next trip to a national park might light up the PAG circuit and change your life.