The Earth Has a Frequency—Here’s How to Tune In 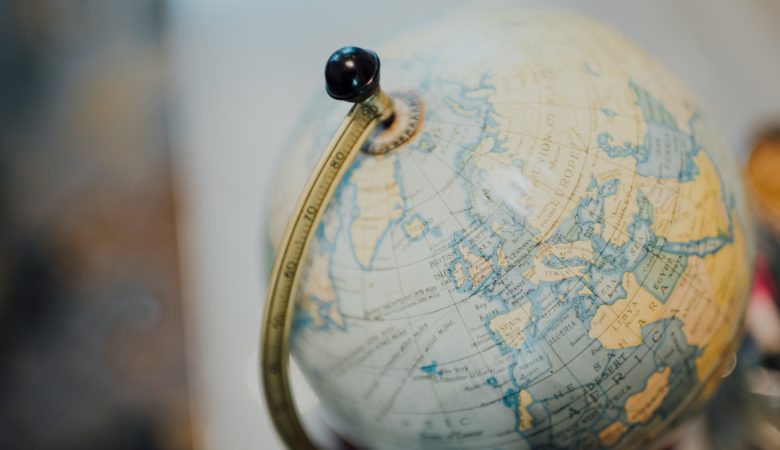 Have you ever been surprised at how quiet it is when the power goes out? We tune out the sounds of our electrical appliances buzzing and humming away, so when they’re all off at once, the sudden quiet seems jarring.

What if we told you that all that electrical “noise” is interfering with your ability to tune into the earth’s frequency—and that’s why you might feel anxious, hypersensitive or simply unable to relax? It might sound kooky on the surface, but some people are making the argument that all the other frequencies we absorb, like Wi-Fi, microwaves, radio waves and Bluetooth broadcasts, inhibits our ability to tune in to the earth’s natural frequency. In turn, it inhibits our body’s ability to relax and heal itself.

It might not be as odd as it sounds.

As early as 1899, Nikola Tesla discovered that our planet emits a frequency (just like the ones broadcasted from radio towers) of 8Hz. It wasn’t until 1953 that Dr. W.O. Schumann discovered that the earth does indeed emit specific pulsations at a frequency of 7.8Hz. This is now called “the Schumann resonance.”

The earth “behaves like a giant electrical circuit,” and is surrounded by an electromagnetic field that extends about 60 miles above the ground. This is where the frequency bounces around, and affects every object and living being on earth.

Next, you should know that our brains emit a frequency, too: 7.83Hz, or the average alpha frequency in electroencephalography. Researchers thought it was interesting that the brain and the earth’s frequency are the same—at least in a relaxed, normal state. Plus, they found that it was impossible to detect earth’s frequency when in a crowded city. Manmade signals like radio waves made it too hard to pick out the 7.8Hz pulsations. What could it all mean?

Here’s where it gets interesting. Through the course of multiple experiments, researchers have discovered that screening out electromagnetic frequencies is actually detrimental to health: in one experiment, it seemed to cause migraines and emotional distress in otherwise healthy young people. Yet when they were once again exposed to the 7.83Hz frequency, their symptoms vanished. You can read more about those experiments here. Keep in mind that they’re not scientifically proven, but many scientists believe that electromagnetic frequencies can affect our bodies and behavior. Further research is currently being conducted.

Tuning into the earth’s frequency

Although it’s not taken as scientific fact at this time, it doesn’t seem like too much of a stretch to believe that various frequencies may affect us in previously undiscovered ways. Proponents argue that this is why you feel so much better out in nature: your ability to sense the earth’s electromagnetic frequency isn’t inhibited by other frequencies from internet, television, radio and other signals.

So how do you tune into the earth’s frequency? The first is to simply get out in nature—preferably a place where you don’t get good cell phone signal. If you’re lucky enough to live near a natural park or preserve, take a drive out there. Turn off your electronics and see if you start feeling mentally or physically better. Granted, that could be a result of absorbing Vitamin D and breathing fresh air, too.

Not everyone has easy access to unfettered nature, however (and others might just want to avoid stumbling upon serial killers in the woods). If you’re more of the indoorsy type and prefer your nature curated, there are Schumann resonance generators widely available. They’re small, inexpensive box-like devices designed to emit 7.83Hz pulsations. Keeping one near you while you sleep or meditate will—supposedly—expose you to more of the earth’s natural frequency, which should have a calming effect on your body and brain.

Will it make a difference?

Are the Schumman resonance and the brain’s alpha waves really connected, or is it just coincidence? Do electromagnetic spikes in the earth’s ionosphere really trigger global anxiety and behavioral changes? The scientific jury is out on that one.

However, there is something to be said for getting away from devices, broadcasts and other frequencies whenever possible. Like the surprising silence when your power goes out, we get used to tuning a lot of things out. Even if “tuning into the earth’s frequency” sounds a little too out-there for you, it’s worth trying. Who couldn’t afford to be happier and more relaxed?