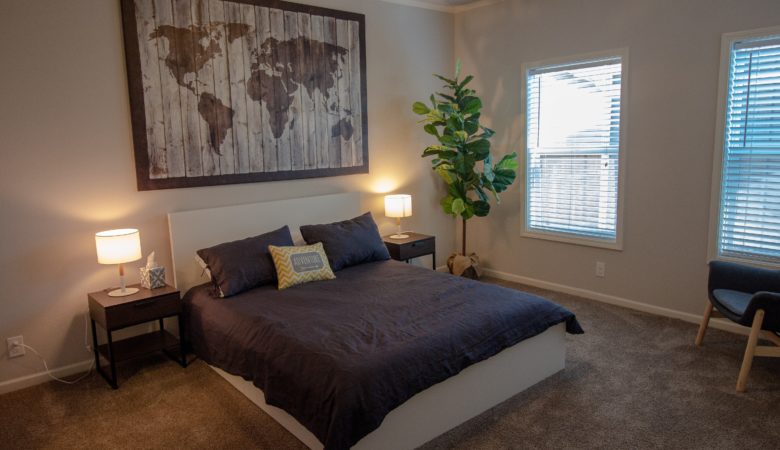 Humans are programmed to like sex. The urge to procreate (or at least do the deed) is intertwined with our DNA. When we find a partner and settle down, that drive doesn’t go away. Unfortunately, some of the magic can. Life’s stressors can compound, attraction can wane and you might just lack the confidence to climb into bed and enjoy this most basic of human urges. It’s a problem that’s compounded all the more when your partner feels the same way—or worse, opposite.

Dead bedrooms occur when couples stop having sex. Not for a week or even a month—but months or even years at a time. There’s no spark, no passion and no incentive to climb under the covers. It’s not necessarily a sign of infidelity—although it can lead to it. Instead, dead bedrooms are frequently the product of poor communication.

What causes a dead bedroom?

Dead bedrooms don’t happen overnight. They’re usually the product of a dwindling sex life, compounding stressors and other life events that drain the energy, passion and desire from a relationship. Some common examples include:

No matter the circumstances, the path to a dead bedroom is the same: disruption, followed by distance and a lack of communication. Low libido becomes the norm, and it’s tough to climb that hill for one person—let alone two.

There are also other circumstances that can jarringly throw a sex life off-track and make it hard to get back under the covers. Infidelity is the biggest. When sexual proclivities don’t align, it’s also a challenge to get excited about sex. And, of course, there’s everything life might throw your way. It’s difficult to prioritize sex if you’re recovering from a surgery or halfway around the world for work. But, at the heart of it all, communication is key.

Talking might not be sexy… but it can lead to sex

A dead bedroom won’t fix itself. Thankfully, there are a lot of ways couples can fix it, starting by talking about it. Acknowledging a dead bedroom can be difficult, but it takes communication between both partners to get it out in the open and start to work together to resolve it. Here’s how to get the ball rolling:

Conversation is the best way to breathe life back into your bedroom activities. It shows transparency and understanding, and gives you both an opportunity to make yourselves heard when it comes to this important aspect of the relationship.

Flip the sheets on a dead bedroom

Look at a dead bedroom as an opportunity. When you’re laying everything out on the table, use it as a chance to figure out what you want from the arrangement. Do you want sex more often? In a certain style? With a certain flair? Couples who talk openly will find their way back under the covers more easily than those who hold back.

Whether you’ve been together for a few years or a few decades, you should always feel passion for the one you’re with. If that passion died with your sex life, it’s time to revive it! Dead bedrooms aren’t only about a lack of sex; they’re made possible through a lack of communication. Start talking and you might just find that your bedroom is a little more inviting.