Why Younger Generations are Ditching Religion for Mysticism 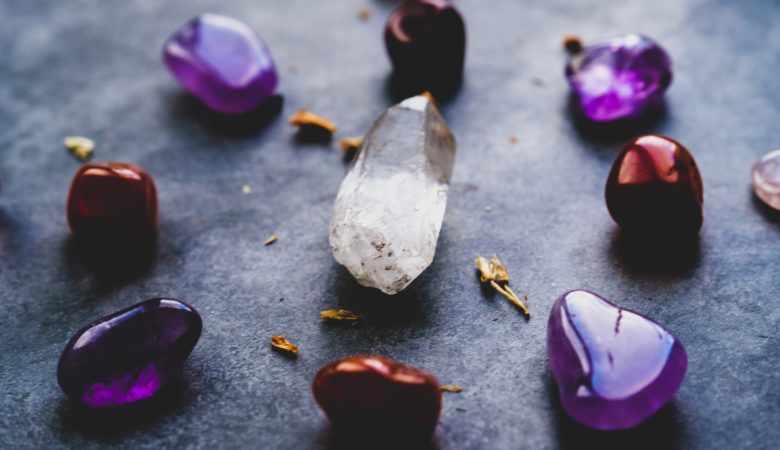 “I’m spiritual, but not religious.” Sound familiar? If those words have ever come out of your mouth, or you’ve heard them at a party in the Before Times, you are witnessing a fascinating new trend. As traditional religions are on the decline, mysticism and New Age beliefs are on the rise—at least among the younger generations.

Instead of reading religious texts and adhering to arguably outdated rules, young people are turning toward crystals, horoscopes, energy healing and more to make sense of the world around them. So why is this so popular, especially in a generation that overwhelmingly believes in science?

A response to the times

Some psychological and social experts believe that the trend toward mysticism is a response to the objectively chaotic times we’re living in. Between a global pandemic, some of the worst hurricanes, wildfires and weather events on record, a tense election, increased reporting of police brutality and a domestic attack on the nation’s Capitol just in the last year, anyone would feel overwhelmed and helpless. Plus, we have an increasing wage gap, rapidly increasing student loan costs and lack of healthcare options for many young adults.

In short, there’s a real need to believe in something bigger—whether it’s a cosmic sense of justice, the idea that we can attract something better or just anxiety relief in the form of holding (pretty!) natural stones.

If you’re going to believe in something you can’t prove, why not choose religion?

So why aren’t younger generations turning toward religion instead? After all, it’s just as impossible to prove that (for example) a benevolent father created the earth from nothing as it is to prove spirit guides are real. Aside from the fact that most of humanity has tried religion already, it could simply be that many of the predominant religions embrace outdated beliefs about sexuality, gender, marriage, education, working outside the home and other hot button issues. That is, if you’re a young, college-educated feminist, going to a church that espouses heterosexual marriage and child-rearing only, stay-at-home moms and men as the head of the family probably doesn’t sound like a great time. While there are plenty of progressive churches out there, it’s understandable that many people prefer something completely different.

One of the prevailing beliefs among younger generations is that you’re allowed to take bits and pieces of what resonates with you, without having to adhere to one full-fledged religion and all that it entails. You might believe in energy work but eschew crystals, or think reincarnation is entirely possible yet tirelessly work to advocate for climate change measures. If it makes sense to you—and doesn’t hurt anyone else, like clutching black tourmaline to feel grounded—then maybe it doesn’t really matter.

But is it just a band-aid—or worse, a distraction?

One of the reasons younger people are embracing mysticism might be, as this MarketWatch article points out, because there’s a lack of capitalistic structure when it comes to mysticism. That means there’s a lot of money to potentially be made. It’s the reason astrology apps like Co-Star and Sanctuary have millions of subscribers—whether or not astrology is real, there’s some money to be made in sassy, meme-able snippets and predictions. (Ugh, what a Capricorn thing to say.) Not only does astrology appeal to those who want to impose structure on their lives, but entrepreneurs are able to stake out a market share by appealing to that belief.

That’s a pretty cynical take, of course—not every astrology lover is trading essential oils for medical care, or getting reiki instead of therapy. (Although with healthcare costs, can you blame anyone for trying homeopathic methods?) But it is a good reminder to approach all monetized mysticism with a healthy dose of skepticism. Consider asking who benefits from this, even if you don’t.

On the other hand, this phenomenon isn’t limited to mysticism. All you have to do is look at a retail store’s Christmas displays in August to see how spirituality can be used to sell stuff. And while we should all be concerned about people using mysticism in place of scientific evidence, there are also plenty of politicians who use the Bible as justification for banning accepted medical practices and more.

In the end, you should believe what you want to believe—after all, anything that helps us stay positive in these strange times is a good thing. As long as it’s not hurting anyone, shuffle your tarot cards and wait until Mercury is out of retrograde before you sign that contract.