Earth Just Got a New Ocean. What Does That Mean for the Planet? 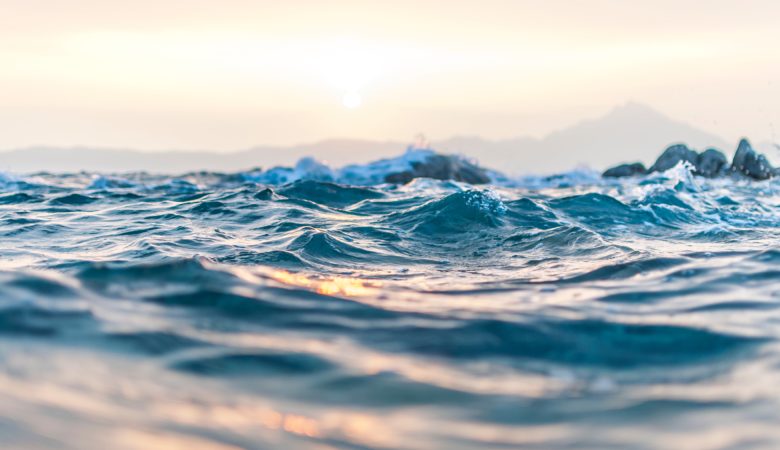 On June 8th, World Oceans Day, the Earth gained official recognition for its fifth ocean. Although scientists have been referring to the Southern Ocean for decades now, it’s only been official since last month. The youngest sibling to the Atlantic, Pacific, Indian and Arctic oceans, the Southern Ocean plays an important part in ecology and geography. Here’s what this means for the planet.

What sets the Southern Ocean apart?

The “original” four oceans were named for the continents that border them, but the Southern Ocean is different. This ocean has an Antarctic Circumpolar Current (ACC), which flows west to east. This may have been created about 34 million years ago when Antarctica and South America divided. The water was allowed to flow around unimpeded, and as a result, this ocean’s waters are colder and slightly less salty than northern oceans. “Today, the ACC flows through all waters that surround Antarctica until about 60 degrees south, except for the Drake Passage and the Scotia Sea, which are both roughly between South America’s Cape Horn and the Antarctic Peninsula.”

It’s also a stark and unique landscape. As this New York Post article quotes, “‘Anyone who has been there will struggle to explain what’s so mesmerizing about it, but they’ll agree that the glaciers are bluer, the air colder, the mountains more intimidating, and the landscape more captivating than anywhere else you can go,’ said marine scientist Seth Sykora-Bodie, a National Geographic explorer.”

How the Southern Ocean affects the environment

In addition to its location, temperature and salinity differences, the Southern Ocean plays an interesting role in the environment. First of all, there are thousands of marine species that exist only in this ocean and its specific conditions. Second, this ocean’s ACC brings water from the Indian, Pacific and Atlantic oceans to carry heat around the planet. Then the cold water sinks and stores carbon in the depths of the sea.

Why did scientists just now recognize this ocean?

In case you’ve gotten a little too used to climate change creating or destroying land features, keep in mind that this ocean has existed for about 34 million years. It’s not a product of melting polar ice caps or glaciers breaking off into the sea, thankfully. It’s still pretty strange to hear that the earth got a “new” ocean, however. Why did it take so long to recognize?

Back in 1915, National Geographic only recognized four oceans: the Atlantic, Pacific, Indian and Arctic versions. However, the Southern Ocean has been used as a scientific geographical and ecological designation for nearly a century. Before that, Spanish explorers as far back as the 16th century used the name to talk about the waters at the “bottom” of the world. Despite this, it never gained international scientific recognition until recently, which is why you never learned about it in your elementary school science textbooks.

According to LiveScience, “the term has been increasingly used, as the importance and uniqueness of the Southern Ocean became clearer. The U.S. Board on Geographic Names started using it in 1999, and the National Oceanic and Atmospheric Administration (NOAA) officially began using it this year.”

Who decides what constitutes an ocean?

If your last encounter with oceanography was sometime in high school or college, you might be wondering just who has the authority to decide what constitutes an ocean. Generally speaking, designations like “ocean” and “sea” depend on what’s currently accepted by international scientists—sort of how they decided that Pluto wasn’t a planet. In other words, someone puts forth a hypothesis, other scientists offer information that proves or disproves that hypothesis, and eventually—if all the scientists love each other very much agree—a new ocean is recognized.

So why isn’t the Southern Ocean considered a sea, instead? According to the National Ocean Service, the difference between oceans and seas is relatively simple: “Seas are smaller than oceans and are usually located where the land and ocean meet. Typically, seas are partially enclosed by land.” To make it more confusing, “the Seven Seas today are considered the seven largest oceanic bodies of water: the Arctic, North Atlantic, South Atlantic, Indian, North Pacific, South Pacific, and Southern or Antarctic Ocean.”

If you’re confused, don’t worry—we’re still stuck on Pluto. The important thing to remember is that this ocean has existed for millions of years, and with any luck, will continue to do so for millions more. To learn more about the Southern Ocean, visit National Geographic.