Programmers Have Created Every Possible Melody, to Help Save Music 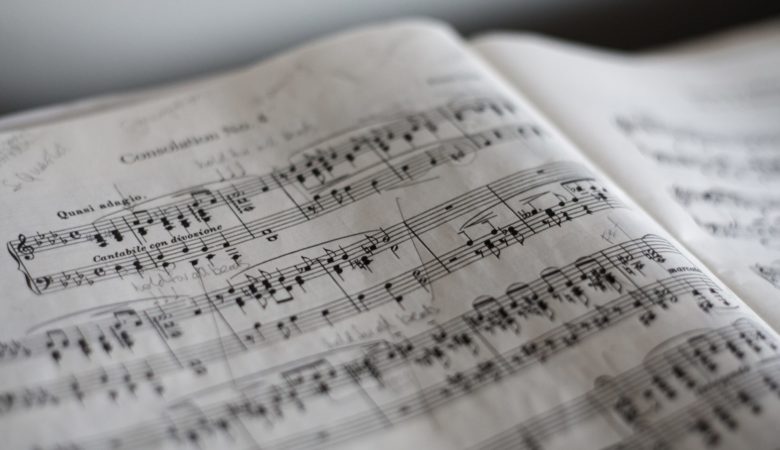 Have you ever listened to a song, and it reminded you of a different one? A person’s first thought might be: “This artist copied a song that already existed!” However, that’s often not the case. Since the beginning of pop music, songwriters have accidentally repeated exact melodies that were recorded decades prior. Artists like Sam Smith and Katy Perry have been sued for copying songs they’ve never even heard.

How is that possible? It turns out, music possesses a finite number of melodies—about 68 billion of them. When a songwriter creates a melody, they’re plucking it from this massive pool of possibilities. And on rare occasion, their melody of choice matches one that was already copyrighted by a different songwriter.

The fact that music has a finite number of melodies is creating a ton of problems. Every day, songwriters are recording new music. That means with every day that goes by, the pool of non-copyrighted melodies gets smaller. And the chances of being sued get bigger.

A melody becomes copyrighted the second a songwriter produces it in a recording studio. So, in order to avoid accidentally copying another person’s melody, every songwriter on the planet would have to keep tabs on each other’s projects. Obviously, that’s not possible.

In court, one songwriter can sue another on the grounds of subconscious infringement. This means a songwriter heard the already-recorded melody at some time in their lives but doesn’t remember it. Subconscious infringement isn’t a stable claim to make because it comes with a lot of gray areas. The defendant can’t know for sure if they heard a song and forgot they did so. On the other hand, the defendant can’t say with certainty they hadn’t heard it.

Such court cases usually end with the accused forking over millions of dollars for copying a song they’d never heard before.

Melodies are easy to accidentally duplicate because there are only 12 possible notes in an octave. To put that in perspective, authors have hundreds of thousands of words to choose from in the English language. Painters have an infinite number of brush strokes and color combinations to choose from. The chances of authors and painters accidentally copying each other’s work is slim to none. But songwriters only have 12 notes to work with.

Copyright issues in the music industry have garnered the attention of Damien Riehl—a lawyer, musician, and programmer. He and his colleague, Noah Rubin, have determined that notes in a scale are just numbers on a computer. And you can’t copyright numbers. According to their theory, the solfege you hear in The Sound of Music—do re mi fa sol la ti do—can be translated to 12345678.

Riehl and Rubin used software to create all 68 billion melodies that can be found in pop music. They have a single database filled with the melodies already copyrighted and all the ones songwriters will stumble across in the future. They did this to prove no melody is truly original. Music inherently has a finite number of note combinations that have existed since its conception.

Despite how impressive this database sounds, the algorithm is quite simple. They discovered all the melodies with the brute force tactic hackers implement to figure out someone’s password. In other words, Riehl and Rubin unlocked all possible combinations of those 12 notes. All they had to do was sit back and let the algorithm do its thing.

The freedom to create

Even though 68 billion melodies sounds like a lot, the two programmers have plans to expand their database. Remember, it currently houses melodies based on just one octave and takes only pop music into consideration. Eventually, they want their database to include melodies that use all 88 keys on a piano and cover all music genres.

Riehl and his colleague didn’t create the database so they could claim the copyright to every melody in existence. In fact, their purpose is quite the opposite. They’re trying to prove that music is just a bunch of numbers that don’t belong to anyone. They released this database in the public domain so that aspiring songwriters would get excited, not anxious, to write music.

Riehl and Rubin believe music is meant to be enjoyed, not used as a way to snatch millions of dollars from a songwriter that’s just trying to share their passion with the world. Let’s focus less on who copied who and more on singing along to our favorite melodies.