Nootropics are Going Mainstream Thanks to eSports 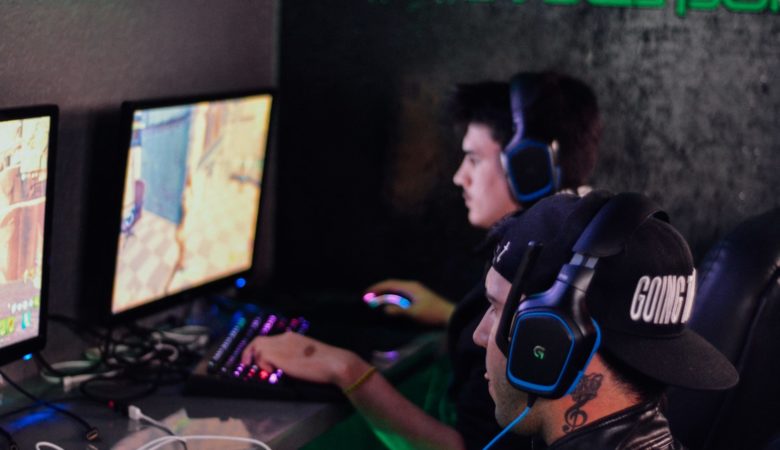 Competitive athletes have been looking for ways to enhance their performance since the days of the roman gladiators. On the morning before their fights, gladiators were known to take stimulants such as strychnine to unleash a flood of adrenaline and improve their alertness. Today, performance enhancing drugs (PEDs) are ever-prevalent. Hardly a baseball or football season goes by without a headline story about a player suspended over PEDs. But despite widespread attempts to keep sports a pure competition of physical prowess, speculation of “juicing” is always going to exist.

While we like to think of PEDs in terms of growth hormones and synthetic testosterone, PEDs go beyond enhancing athletes physically. Thanks to the rapid rise of competitive gaming and eSports, PEDs now include brain boosters. Called nootropics, these enhancers boost everything from thought processing, to decision-making, to reaction times and more.

A brief history of nootropics

Before gamers got their hands on caffeine, L-theanine, ginseng and the like, these substances fueled the creative minds of philosophers, innovators and enlightened thinkers. Coffee has been a morning stimulant for centuries. Ginseng was documented in Asian medicine as far back as 196 A.D., to enhance mindfulness and physical performance. It’s only recently we’ve had the technology to monitor exactly how these mind-stimulating substances affect us on a measurable level.

In the 1960s, the line between nootropics and mind-altering drugs blurred. People began experimenting with LSD, psilocybin, cannabis and other psychoactives to broaden their minds. It wasn’t long before the illegality of these substances pushed them out of public favor. Then, for a time, the concept of nootropics lay dormant.

The 1990s and early 2000s saw a “brain boom.” Between a liberal reacquaintance with psychoactive substances, newfound interest in brain training and pop-culture references like the movie Limitless, people began to question the potential for unlocking brainpower.

Today, the quest to unlock the full potential of the brain trudges on, fueled by an entire industry of products, supplements and advocates. But it’s eSports athletes that are bringing nootropics into a new era of mainstream popularity.

Massive biceps and extreme physical endurance do little for an athlete who spends long hours with a mouse in one hand and a keyboard in the other. For eSports athletes, the muscle they flex the most is their mind. Competitive games like Counterstrike and League of Legends require strategy, critical thinking, improvisation and timing to win—traits the best players in the world spend countless hours mastering. But, like any athlete, even the best players will look for an edge.

Do nootropics give gamers the edge during competition? That depends. Does a nootropic stack grant more energy or focus than an energy drink? Than prescription Adderall? There’s a large gray area concerning nootropics and gamers, and it’s paving the way for more and more people to begin experimenting with them. To answer the above question, yes, Adderall is a banned substance in competitive eSports, but many nootropic substances aren’t: Aniracetam, CDP-Choline and Ginseng, for example.

eSports players looking for the edge have begun experimenting with “stacks:” different combinations of nootropics meant to enhance the brain by working in conjunction with one another. Stacks can contain as few as three nootropics or as many as a dozen! Players tweak their stacks to attune the benefits to their body. Many swear by the results, including Ben Watley and Alex Novosad, two eSports players who received sponsorships from nootropics company Nootrobox.

What do gamers, nootropics and cognition have in common?

As athletes and teams jockey for visibility in the growing arena of eSports, nootropic use will grow. More competition will push more players to seek a competitive edge—which further pushes up-and-coming players to seek cognitive boosters. The trickle-down effect is twofold. Not only will nootropics firmly intertwine themselves with eSports, they’ll go mainstream as a result.

Because nootropics by themselves are merely ingredients, they won’t face bans or barriers like traditional PEDs. You can’t ban someone from buying L-theanine to calm an over-attentive brain or take nicotine patches off the shelves. Nootropics are destined to stay, and as a result, new nootropic stacks are sure to emerge. It won’t take long for interest in these stacks to jump from the world-class eSports player, to the high-level CEO looking to boost his cognition, to the artist who wants to push the limits of their creative medium.

In many ways, nootropics exist in a wonderful area between psychoactive drugs and traditional PEDs, without the negative consequences of either. They’re a natural way to improve cognition, and it won’t be long until they’re a staple within a greater population of individuals who want to treat their minds (and bodies) right.