Is Eating Vegetarian Better for the Environment? 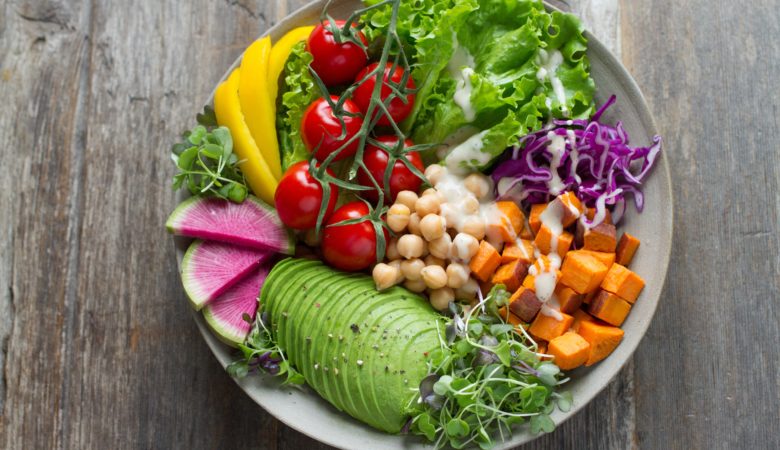 While climate change affects the planet, experts and concerned individuals alike have been scrambling for ways to reduce our consumption and emissions. Anything we can do to help counts, whether that’s taking the bus to work or using environmentally friendly sources of power. Individuals might not make the same impact as major corporations and industries, but we can help all the same.

Even food choices could affect the planet. You probably know that livestock and industrial agriculture are responsible for a significant portion of America’s greenhouse gas emissions. Over the last 50 years, the idea that vegetarian diets are better for the environment has become commonplace. But is it true?

According to the Washington Post, the idea that vegetarian diets are better for the environment “began in 1971 with the publication of the surprise best-seller Diet for a Small Planet and then spread far and wide: earlier [in 2015] it made its way into a key government report for recommendations for the American diet.” That is, “Consistent evidence indicates that, in general, a dietary pattern that is higher in plant-based foods, such as vegetables, fruits, whole grains, legumes, nuts, and seeds, and lower in animal-based foods …is associated with lesser environmental impact than is the current average U.S. diet.”

In fact, the Vegetarian Society offers some startling statistics: “Eating a veggie diet means 2.5 x less carbon emissions than a meat diet. A chicken breast takes over 735 litres of water to produce, that could fill up your bathtub 4.6 times. By eating vegetarian food for a year you could save the same amount of emissions as a family taking a small car off the road for 6 months.”

It’s true that livestock contribute to our greenhouse gas emissions, from the crops they eat (often wheat and barley) to the transportation it takes to get from farm to table. It’s also true that reducing your meat consumption is associated with fewer emissions—but that might not be the whole story.

The Washington Post notes that some scientists disagree whether vegetarian diets are all that much better. In fact, they might actually increase the emissions and resources we use. They cited a Carnegie Mellon study, which stated “the diets recommended by the Dietary Guidelines for Americans, which include more fruits and vegetables and less meat, exacts a greater environmental toll than the typical American diet. Shifting to the diets recommended by Dietary Guidelines for Americans would increase energy use by 38 percent, water use by ten percent and greenhouse gas emissions by six percent, according to the paper.”

Scientists do agree that eating beef has problematic impacts. “Because of the amount of grain and land used to produce a pound of beef, as well as the volume of methane the animals produce, the nation’s intake of beef has significant environmental ramifications, particularly in terms of greenhouse gas emissions.” However, other meats—fish, poultry and game—do not have the same impact.

Plus, some of the statistics are counterintuitive. “On a per calorie basis, producing lettuce creates nearly as much greenhouse gas emissions as does beef, according to the CMU research; in fact, lettuce generates roughly three times what pork does.”

The reason there’s so much disagreement has to do with what scientists assume is included in the average person’s diet. On top of that, food waste is a problem: “food wastage can be up to 20% of food purchases and food losses across the supply chain can be far greater than this. Food waste in turn increases the carbon footprint which counters the positive gains. And perishable fresh fruit and vegetables are more likely to be thrown away than fresh meat and fish.” Plus, the farther your food has to travel, the more emissions involved in its production and sale.

In short, the Post concludes that “the choices you make for dinner do have environmental consequences. They’re just not as simple as you might think.”

This doesn’t mean that your plant-based diet is a waste of time, let alone harming the environment. It simply means that to make environmentally conscious choices, you’ll need to do more research than simply cutting out all meat.

On the other hand, that’s great news for people who aren’t ready to cut out meat entirely. Reducing or eliminating your beef consumption makes an impact—and you can still enjoy poultry, pork, game and fish.

Ultimately, we can’t say that a vegetarian or vegan diet is “better” across the board. It’s a complex calculation based on many factors. Choosing sustainably produced, locally sourced food may be the best choice of all.