Conservation in Action: Honeybees are Making a Comeback 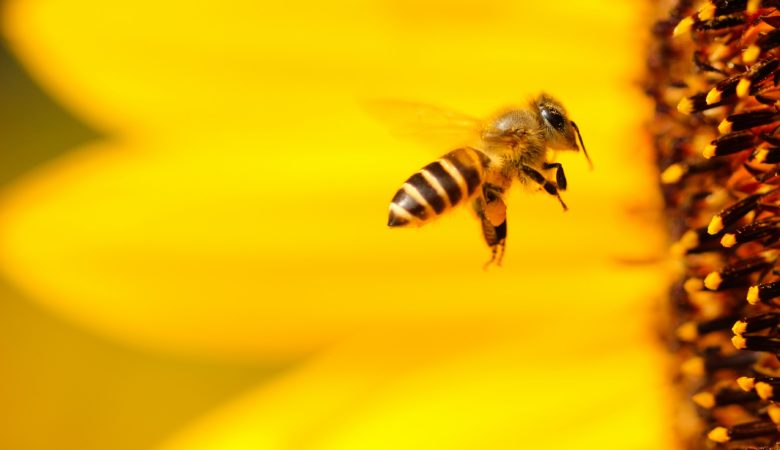 Here’s some good news: after a record loss in 2019, honeybees are coming back once more. Last year’s winter sustained the smallest loss in 14 years.

Honeybees have had a rough time lately. Colonies and hives were dying off at record rates, leaving conservationists, beekeepers and others wondering whether these friendly pollinators would cease to exist altogether. Why were the bees dying off—and how can we help ensure their continued survival?

According to Voice of America and Dr. Nathalie P. Steinhauer at the University of Maryland, “…the complex reality of honeybee health is that there are multiple drivers that are affecting honeybee health. We usually categorize them in categories of what we call the four Ps, which is pests, pathogens, poor nutrition and pesticides.”

VOA reports that “Pollinating honeybees are crucial to the global food supply and scientists have been worried about the effects global warming and pesticides on their dwindling population.” Last winter, beekeepers only lost about 22 percent of their colonies. In 2019, they lost 37.7 percent—a sizeable loss for beekeepers across America.

Greenpeace notes, “Scientists know that bees are dying from a variety of factors—pesticides, drought, habitat destruction, nutrition deficit, air pollution, global warming and more. …The bottom line is that we know humans are largely responsible for the two most prominent causes: pesticides and habitat loss.”

Pesticides are especially pernicious: scientists have found more than 150 chemicals in bee pollen, thanks to pesticides. Because honeybees are attracted to grasslands, farms and other sources of plant life, they’re attracted to farms which use deadly pesticides. They can’t differentiate between fuel that will help them survive, versus pesticide-laden plants that could kill them.

Habitat loss is interrelated. As industrial farms expand and climate change affects plant life, the bees’ natural habitats are shrinking. Habitat loss can also come from commercial and residential development and the associated air pollution that occurs in large metropolitan areas. In short, our world isn’t too friendly to the bees—but we need to be.

What can we do to help?

Greenpeace has a three-step action plan for honeybee preservation:

Luckily, not every pesticide is dangerous to honeybees—some are nontoxic. Industrial and individual agriculture could still accomplish their goals by simply banning the most deadly pesticides. According to the University of Massachusetts, “One group of insecticides which is highly toxic to honey bees cannot be applied to blooming crops when bees are present without causing serious injury to colonies. Among the materials in this high-risk category are diazinon, Imidan, malathion and Sevin.” Formulation, how the pesticides are applied and how long it takes for the pesticide to degrade can also affect how harmful they are to bees.

Protecting wild habitats is easy to conceptualize, but perhaps harder to accomplish as individuals. After all, housing and other developments play an important role in our cities, too—most people want there to be a balance. Calling your local, state and federal representatives is a good start: let them know you’re concerned about honeybee habitat conservation, and find out what their position on the matter is.

Finally, restoring ecological agriculture, such as organic farming, regenerative farming and ending genetic modification could help preserve the bees’ habitats. You can support these practices by making sure that you’re buying food from sustainable, organic or regenerative farms.

What does the comeback mean for us?

While there is a certain amount of colony loss to expect each winter (usually five to 10 percent), recent numbers were much higher. Bees play a crucial role in our ecosystem, especially for crops which need to be pollinated. If there aren’t enough bees to pollinate the crops, our food supply dwindles.

Yes, there are other ways to pollinate crops—other insects help, too. But bees are the most prolific pollinators, and there’s no need to invent artificial pollination methods when nature provides a perfectly good solution already.

While the percentage of colonies dying off is still higher than what’s considered “normal,” the recent numbers have been a promising start. It looks like the honeybees are enjoying improved health, so it’s up to us to do our part so the trends continue. Protecting the planet starts at home. So, is this the year you finally become a backyard beekeeper?