There’s Someone Alive Today Who Will Live to be 1,000 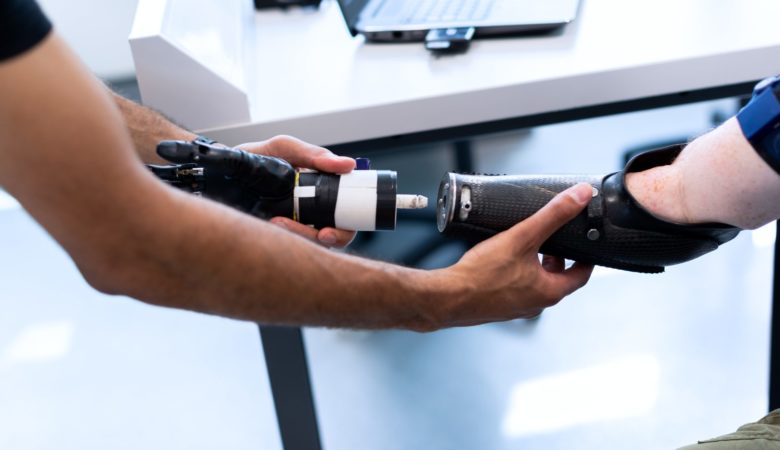 How long do you think you’ll live? Chances are, it will be under one hundred years, given current life expectancies and barring disaster. Most of us accept pretty early on that our lifespans are finite and often a lot shorter than we might wish, especially when loved ones pass on.

On the other hand, how long would you really want to live? Would it depend on how well your body is aging and how mentally sharp you are? Even if you could guarantee those things, would you want to live to be 1,000?

There is at least one scientist out there who believes that someone already on this planet will be able to live to 1,000 years old. Of course, not every scientist agrees, and some think it’s downright unethical to apply the tech industry’s desire to “disrupt” everything to human lifespans—but it’s an intriguing thought.

Could it happen? Would anyone choose to live so long? Is there a point where the drawbacks outweigh the benefits? Where is that?

So far, the longest human lifespan has clocked in at 122 years, which is over four decades longer than the current average lifespan of 78.6 years. The idea that a person could live to be eight times older than the oldest human ever is mind-boggling, but according to regenerative scientist Aubrey de Grey, it’s entirely possible.

Can science pave the way to living for centuries?

Aubrey de Grey’s research is funded by Peter Thiel, the founder of PayPal. He’s not the only Silicon Valley figurehead who’s in on the concept—Google’s co-founders and Facebook founder Mark Zuckerberg are also reportedly funding similar research. Elon Musk, the founder of Tesla, has funded digital brain implants. This line of technology-based research geared toward fighting the ravages of age is called “biohacking,” and includes robotics, gene editing and nanotechnology.

Right now, the biohacking movement is relatively small; it’s mostly comprised of tech entrepreneurs and hobbyists. For the most part, scientists are skeptical of or opposed to biohacking. Many believe that de Grey and his cohort’s claims are preposterous, while others argue that even if a thousand-year lifespan can be achieved, it’s unethical to experiment on humans in this way.

How would biohacking extend human longevity?

First, a great deal of the field is banking on regenerative medicine, such as stem cell therapy. This relatively new branch of medicine—which hasn’t gained full scientific or medical acceptance yet—involves injecting “blank slate” stem cells into the body to help regenerate tissue and cartilage in places that normally can’t be regenerated, like joints.

Cancer and other major diseases will need to be cured before human lifespan can be significantly extended, too. Some people like de Grey believe that we’ll be able to engineer internal organs for implantation. Other biohackers are injecting or implanting themselves with anything from temperature-monitoring microchips to permanent in-ear headphones, making themselves into actual cyborgs.

It sounds like something out of a dystopian or sci-fi novel, but proponents truly believe biohacking is the key to extending life—and human happiness. Aging is, in their eyes, nothing more than a disease that needs to be cured.

Researchers have tested some of these methods on mice, and reported that currently, they can extend their lifespan by 30-40%. However, the methods haven’t been tested on humans, so don’t go planning your 150th birthday bash just yet.

Is this research ethical?

Recent studies have shown that Americans are wary of using technology to enhance the body and brain, with nearly 70% uncomfortable with the idea of using chips to enhance cognition, and over 60% against using synthetic blood to increase oxygen in the bloodstream. Americans are worried that the technology would be used unethically.

Can we trust scientists—and the biohacker community—to use this technology ethically? Given the proliferation of people worried about being tracked by world governments and cellular networks, it would take a massive public opinion shift to get more of the country (and the world) on board. On the other hand, the idea of a longer, healthier life, particularly one without the specter of cancer, heart disease, diabetes, Alzheimer’s and other diseases that disproportionately affect the aging is an appealing one.

What to expect in the future

As the biohacking movement gains steam, we’ll likely see more public debates about the likelihood and ethics of using technology to supplement our bodies. Will biohacking achieve public acceptance in our lifespans? No one knows for sure—but scientific breakthroughs toward living a healthier, if not longer life would be an excellent byproduct.

Is there a person alive today that will make it to 1,000 years old? There very well might be. All it takes is one big breakthrough to change our entire perception of what the human lifespan looks like.