The World is Literally Quieter Thanks to Coronavirus 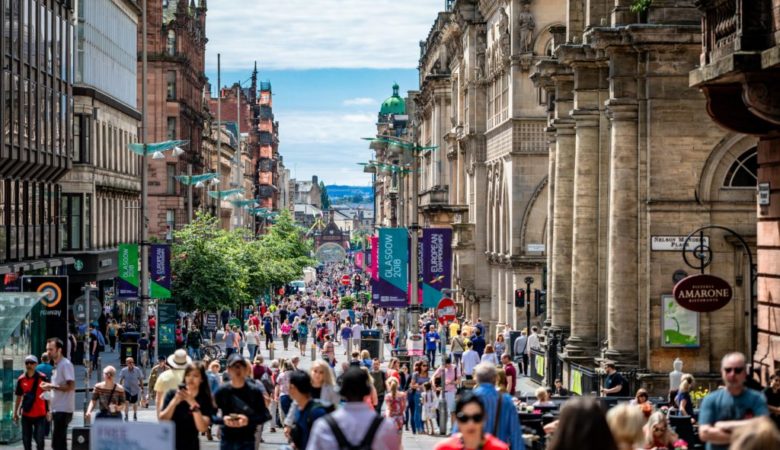 Nearly half the world’s population is under lockdown measures due to COVID-19. We’ve had to make some lifestyle changes like working from home, hanging with friends and family via video chat, and making bread from scratch. These changes have led to things like a higher demand for food delivery services and increased strain on digital bandwidths.

But lockdowns are effecting more than just our urban lifestyles. All this time spent cooped up in our homes is having unprecedented effects on the earth as well. Seismologists have recorded a stark difference between pre-lockdown seismic noise and the levels we’re experiencing now.

Seismic noise is probably the last thing on your mind during this pandemic. We didn’t notice it during our daily commute to work, and it still goes unnoticed as we work on our computers from home. However, it’s worth taking a closer look at what’s constantly going on right beneath our feet.

What exactly is seismic noise?

Contrary to its name, seismic noise isn’t something humans can hear. Instead, the term refers to vibrations in the earth’s crust. The sounds of human activity are made of frequencies that transfer into the ground. Earth’s vibrations create frequencies that are so low, scientists must use a seismograph to detect them. That’s why people other than geology enthusiasts usually don’t give seismic noise a second thought—or any thought, for that matter.

Seismic noise can be naturally occurring, but it’s easier to measure it in terms of what we experience in our daily lives. All human activity increases Earth’s seismic noise levels. This includes modes of transportation like cars and bicycles, walking, crowds, mass gatherings such as concerts, and anything else you can think of.

One person walking down the street might seem insignificant. But humans possess great power when you consider the total population of a city, state, or country. Streets once packed with gridlock are now barren. Times Square is a ghost town. Football stadiums are empty. With half the world under lockdown, the reduction in seismic noise is staggering.

A look at some data reveals the massive influence human activity has on the world from a geological standpoint. According to a seismologist from Belgium, the seismic noise in that region diminished by 33 percent after lockdown measures were set in place. This correlates to lighter vehicle traffic and the absence of mass gatherings.

Humans still create seismic noise but to a lesser degree. Seismographs also reveal a shallower peak in Earth’s vibrations around dawn. Rush hour isn’t crazy intense like it was prior to the coronavirus outbreak. Commutes have change from highways packed with cars to people walking from bed to their home offices.

The daily patterns of seismic noise still continue, but lockdown measures have diminished our lifestyle’s effect on the earth’s vibrations. Seismic noise is still at its highest in the middle of the day and is lower at night. It peaks on weekdays while people are going to work and significantly drops while they stay home on the weekends. Life goes on, just in a quieter atmosphere.

Earth is quieter. So what?

Human activity isn’t the only thing that triggers seismic noise. In fact, all our hustle and bustle masks naturally occurring seismic noise that flies under the radar. But that’s not the case anymore. Turns out, all the lockdowns have a bright side for seismologists in the geological field. With barren streets and empty stadiums, they now have an unexpected opportunity to study Earth’s natural seismic noises.

The pandemic is opening the door for new geological discoveries. Seismologists are collecting data that otherwise would’ve been impossible to extract prior to the coronavirus outbreak. They can detect naturally occurring frequencies in the earth’s crust and use that data for studies in the future.

Natural forms of seismic noise include avalanches, mud slides, volcanic eruptions, and earthquakes. Picking up previously masked frequencies means geologists can gain new knowledge about all the phenomena that happen in nature. For example, earthquakes have the power to ravage entire communities and take many lives. This pandemic allows seismologists to learn more about natural disasters that will inevitably strike in the future.

The coronavirus should be taken seriously. It has already claimed hundreds of thousands of lives and will claim more in the months to come. But it’s important to learn about the unexpected good that’s coming out of it. Even if seismology isn’t really your thing, keep a positive mindset and look forward to the day when we can go outside and create all the noise in the world.