The Science Behind DMT, the “Spirit Molecule” 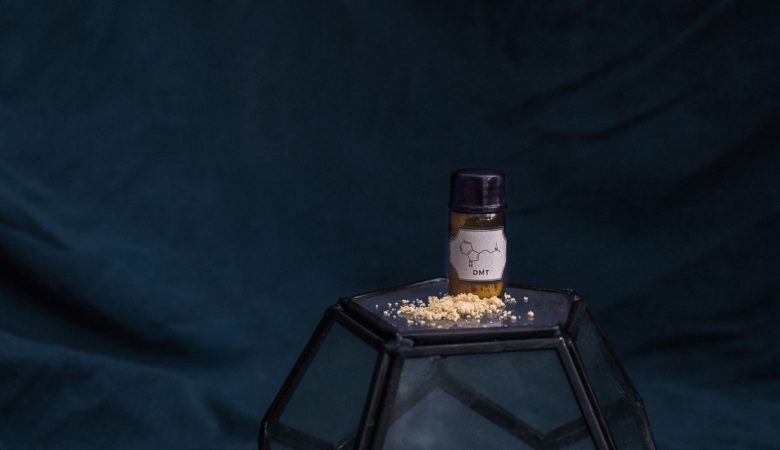 When struggling to find meaning in your day-to-day existence, many people turn to spirituality or religion. The connection to something outside ourselves can put our lives into perspective, provide comfort and make it easier to cope with big changes.

What if the answers—and the key to a psychedelic trip—were available inside you all along? DMT, a psychedelic found in ayahuasca and other plants, has been used for centuries as a way to connect with the divine. But this molecule, which is referred to as the “spirit molecule,” may be naturally produced by the pineal gland. Is this the scientific root of spirituality? Could it be responsible for mankind’s visions of the divine?

We’ve got spirit, yes we do

Before we go any further, keep in mind that DMT is a controlled substance in the United States. While the medical community is starting to accept psychedelic drugs as a way to combat depression, anxiety, trauma and other disorders, keep in mind that it is still illegal to possess, control, distribute and use the substance—unless, of course, you’re using the DMT that your body naturally produces.

So what is DMT, exactly? You’ve probably heard of ayahuasca, a South American hallucinogenic that has been used for rituals for centuries. Isolated DMT, or N,N-dimethyltryptamine (N,N-DMT), is naturally derived from certain plants. It produces extremely intense visual hallucinations, which can make users feel as if they’ve been transported to another realm entirely. DMT trips are much shorter than other psychedelic trips. If the drug is ingested orally, the body breaks it down too quickly to enjoy the hallucinogenic effects—unless it’s prepared like ayahuasca. The MAO inhibitors in ayahuasca prevent the body from breaking down DMT before it can take effect. Most people who use DMT either inject or smoke the drug.

DMT was first synthesized in 1931, and in 1956, its hallucinogenic effects were discovered. By 1960, German scientists discovered trace amounts of DMT in human blood and urine, leading them to believe that we may produce the “spirit molecule” endogenously.

In the 1980s, researchers started examining the psychedelic effects of DMT. The drug overwhelmingly produced otherworldly visions—although some were so traumatic that the research was discontinued. Within the last decade, interest spiked as Michael Pollan published his book How to Change Your Mind, which examined psychedelics and neuroplasticity.

Could the answers be inside us—literally?

Recent research has shown that DMT exists in our bodies. Scientists once “hypothesized that the pineal gland was the main source of DMT in the body, which has been long revered in Eastern traditions as the mystical ‘third eye’…speculat[ing] that it was only produced in trace amounts during certain times of life, such as near-death or heavy REM sleep, perhaps playing a role in the ‘hallucinatory’ nature of those states.”

In 2019, however, researchers at the University of Michigan discovered that DMT exists in the brain, in similar levels as dopamine and serotonin. If DMT is also a neurotransmitter, used in daily life (not just near death or during sleep), it could have extremely interesting implications. For example, it may be responsible for higher forms of creativity, processing information and memory. Another hypothesis is that psychedelic drugs may stimulate our own stores of DMT, which produces the “trip.” Perhaps most interesting is the idea that we might be able to stimulate our naturally-occurring DMT, anytime we want to connect with a higher level of consciousness.

How to stimulate your natural DMT stores

Keep in mind that none of this is scientifically proven—yet—so your mileage may vary. However, natural DMT proponents have hypothesized that activating the pineal gland, among other methods, may help you move into a different sort of consciousness.

If you want to enhance your own DMT, proponents suggest three things: enhancing your pineal gland’s health and function, and using natural methods to stimulate DMT production. For example, the pineal gland can calcify, which some people believe leads to migraines and inability to produce melatonin, among other issues. Decalcifying the pineal gland may help with these issues—and increase your DMT production.

Another way to stimulate your natural DMT is to use breathwork and meditation. Both have long been used by myriad cultures to achieve a higher consciousness. Since breathwork helps distribute cerebrospinal fluid throughout the brain, and that fluid contains DMT, you may achieve greater results. Meditation, too, calms us and allows us to move beyond everyday concerns into a higher state.

While the science isn’t yet conclusive, it looks promising: DMT could be the scientific reason behind visions, religion and our sense of the divine.