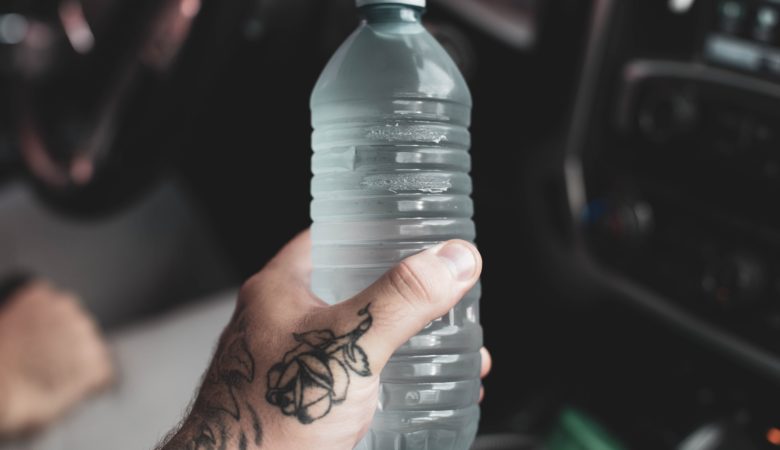 Plastic is convenient and versatile, but it’s also an ecological scourge on the planet. Even if recycling is your religion, National Geographic reports that 91 percent of plastic is dumped in our landfills. In just 60 years, we’ve accumulated 8.3 billion tons of plastic. Since it doesn’t degrade for centuries, those plastics will just sit around leaching chemicals into the ground.

However, there’s new hope on the horizon. German chemists have developed plant-based sustainable plastic alternatives, which can be recycled more efficiently. They also have the potential to biodegrade much faster, which means that if they catch on, there’s a chance we won’t add to the epic plastic trash pile.

Here’s what you need to know about this exciting new development.

From plant oils to plastic

Regular plastic is usually manufactured from crude oil and fossil fuels, which are useful but certainly not sustainable. Manufacturing plastic also involves adding harmful chemicals, which have been shown to affect the human body. Depending on the chemicals involved and how the plastic is used, they can alter hormones and cause other poor health effects. Your plastic water bottles contain BPA, which leaches into the water you drink; vinyl flooring, food packaging and medical devices can release phthalates into the air. It’s practically inescapable in modern life, and that’s just in our everyday lives. On top of that, plastic finds its way into waterways, oceans and other natural sites, and can injure plant, animal and marine life. While plastics might be convenient, the toll they take on the planet—and on our bodies—is almost incomprehensible.

That’s why researchers chose plant oils to create these plastic alternatives. Plant oils are much more sustainable than fossil fuels, and their chemical makeup means they’re easier to break down and recycle.

The science behind plastic alternatives

One of the reasons plastic isn’t reliably recycled is because it’s fairly difficult. It can be done mechanically, where plastic is sliced up and formed into pellets, which can be used to create more plastic. Alternatively, it can be chemically recycled—but that requires temperatures of up to 600 degrees Celsius (that’s 1111 degrees Fahrenheit). What makes plastic so strong and convenient—its strong carbon-carbon bonds—is also the reason why it’s so difficult to recycle. In addition, it doesn’t produce great results, and it requires a lot of energy to chemically recycle.

These new plant-based plastics have chemical bonds that can be broken down at much lower temperatures—120 to 150 degrees Celsius (about 250 to 300 degrees Fahrenheit). Those are temperatures that can be easily achieved in a home oven—not that anyone recommends you try DIY plastic recycling. What’s more, the recycling process yielded about 96 percent recovery. Those are impressive numbers, especially compared to traditionally manufactured plastics. It would be far easier to chemically recycle this type of plastic and reuse it in other materials, even if it uses dye or fillers like carbon fibers.

With all that great news, you’re probably wondering why scientists and manufacturers aren’t immediately jumping on board. Right now, the developments are too new. More research is required to see whether there are any hazardous emissions, or other deleterious downsides. Other critiques point out that plant-based plastics are still plastics, which doesn’t address the issue of reducing our waste.

Finally, these plastics are currently a lot more expensive to produce. It’s hard to get buyers on board when products are so costly—it cuts into a company’s bottom line, and can be difficult for some consumers to afford, even if they want to. It’s like shopping at Wal-Mart: you know it’s not a great ethical choice, but when you’re strapped for cash, it may be your only option.

Even if plant-based plastic alternatives become the new normal, it will be years before they can replace our current plastic production. In the meantime, there are a few things you can do to reduce your impact on the planet.

First, try to avoid single-use plastic products whenever possible. Invest in a good aluminum water bottle and look for products, food and beverages with sustainable packaging. Use glass dishes instead of Tupperware whenever possible, and if you can’t avoid plastic packaging, at least make sure that you recycle it every time.

Although changing your plastic habits might take extra time and effort, it’s a small thing you can do for the planet—and your actions might influence others to change, too. Perhaps someday scientists can combine convenience, sustainability and cost-effectiveness in new plastics.