How to Set SMART Goals and Why They’re Important 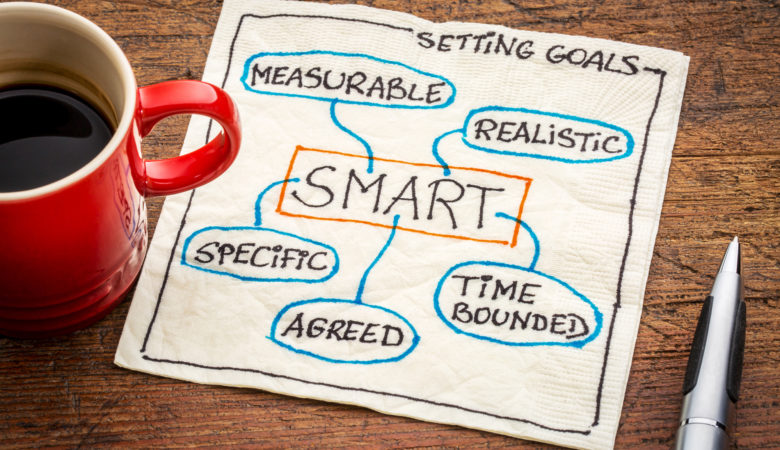 More goes into goal setting than you might think. It’s not enough to pick whatever goal comes to mind—you need a SMART goal! This type of goal isn’t called “smart” simply because it takes some thinking. It’s actually an entire framework for setting good goals that have a better chance of coming to fruition.

SMART stands for specific, measurable, attainable, relevant and time-based. Some goals are better than others, and it all comes down to how you formulate them. The SMART method ensures you have the greatest chance of success.

Let’s break down the five components of SMART goals and why everyone should use them.

A specific goal is one that clearly outlines what you want to accomplish. Goals that are too vague make it impossible to know what, exactly, you’re striving for. By contrast, specific goals provide tons of detail to help you vividly picture what’s waiting at the finish line. Forming a clear picture in your mind will keep you focused on why you’re putting forward effort in the first place.

For example, saying you want to get in shape is too vague. Getting in shape means something different to every person, whether that’s losing weight, building muscle or increasing flexibility. Narrow your goal until it’s specific enough to achieve. Instead of something broad and subjective, choose a concrete goal you can visualize, like running a marathon.

In order to achieve your goal, you have to take measurable steps along the way. Without a unit of measurement, there’s no way to tell if you’ve reached the goal or not. Measurable steps help you track your progress and reveal how far you still have left to go. They also provide tangible evidence that you’re getting closer, which can help motivate you to keep going.

Sticking with the marathon example, you’ll have to figure out how often and how long you go for a run. Simply running a lot won’t prepare you for a marathon because training requires a measurable distance, time duration and consistent schedule. A measurable goal would be to run four days a week for 30 minutes each time.

Before embarking on this new journey, you must ask yourself whether the goal is attainable. What’s considered attainable varies from one person to the next because everyone has different ability levels. Be honest about where your capabilities lie. A goal that’s impossible to achieve will set you up for failure and disappointment. Pick a goal that’s reasonably challenging, yet sits within the realm of what’s possible for you.

For instance, your goal of running a marathon will be unattainable if you wait until the last minute to train! Give your body plenty of time to grow accustomed to running longer distances. In fact, the original goal of running a marathon might be too ambitious right off the bat. There’s no shame in scaling back to a half marathon or 5K. The boost of confidence you’ll get from achieving the smaller goal will motivate you to strive for more later.

The goal must align with your desires and values. You should never work towards a goal you’re not passionate about or that doesn’t feel right. People are more likely to push through when they feel good about what awaits them at the end. Don’t copy your friend’s goal or commit to something just because someone else wants you to do it. Relevant goals are achievable because they tie into what you want out of life.

Running a marathon is a bad goal for someone who values general health and wellness over hitting a certain mile marker. On the other hand, running a marathon is great for people who love to persevere through tough situations and push themselves beyond their limits. Everyone has different wants and beliefs, which is why we all need different goals.

No matter the goal, you have to achieve it within a well-defined time frame. This may sound like an arbitrary limitation, but setting a timeline is the only way to know when you’ve reached the goal. Remember, goals have to be attainable. Your goal won’t be attainable if you need an infinite amount of time to achieve it!

For example, vowing to become the best runner you could possibly be isn’t a very good goal. Goals are supposed to have a definitive end, and there’s no limit to how far you can develop your running endurance. An appropriate time-based goal involves training for a marathon that’s scheduled to take place a year from now.

Get SMART about your goals!

In five simple steps, you can develop a SMART goal that maximizes your shot at achieving what you’ve always dreamed of. SMART goals turn vague desires into attainable realities by nailing down what, exactly, you want to achieve. If the goal doesn’t pan out as expected, tweak one or more of the steps and try again. You’ll find an action plan that works out in the end!