Coffee is the Miracle Drug You Always Hoped It Would Be 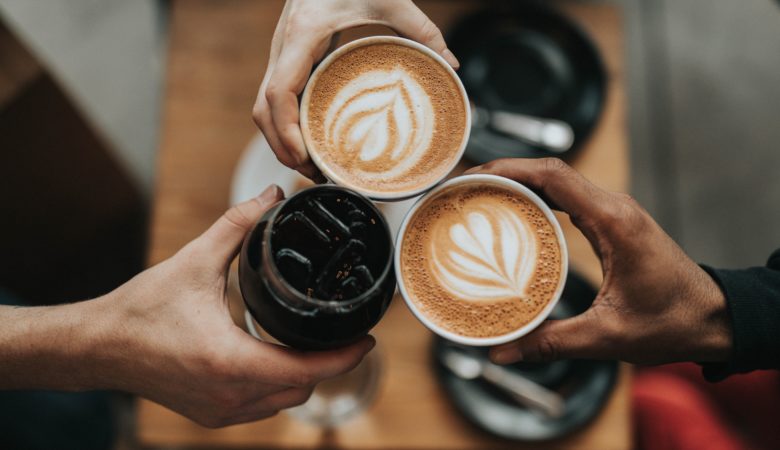 Is coffee good for you? It’s a question many avid java drinkers find themselves asking as they gulp down a cup first thing in the morning. The science hasn’t always been clear.

The World Health Organization (WHO) actually named coffee a carcinogen in 1991. Yet, it didn’t stop people from consuming entire pots of the stuff. Thankfully, the WHO has since reversed its opinion. Researchers eventually determined that, not only does coffee not cause cancer, it actually offers numerous health benefits when consumed in moderation. The caffeine found in coffee may even help reduce the growth and spread of cancer cells!

For coffee evangelists, the science is vindicating. Coffee is and always has been an exceptional beverage. Today, we’re learning just how exceptional. Below, we explore some of the ways adding a cup of coffee to your daily routine could improve your overall health.

As mentioned above, coffee was once thought of as a potential cause of cancer. However, recent evidence shows the opposite. Coffee can lower carcinogen exposure in the colon by stimulating the production of bile acids in the body.

According to an article in the International Journal of Cancer, “moderate coffee drinking may lower estrogen levels, thus reducing the chances of developing endometrial cancer.” Researchers also found coffee could even lower cancer-causing inflammation and improve antioxidant response in the body. That first cup of java juice in the morning could be the best thing you do for your body all day!

According to the World Health Organization, depression is a mental illness affecting around 3.8% of the world’s population. Too much coffee can cause an increase in anxiety and insomnia, which both sometimes worsen depression. However, moderate amounts of coffee may have the opposite effect: reduced anxiety, increased alertness and improved mood.

Coffee features naturally-occurring polyphenols, which can help reduce cell inflammation and oxidative stress. Some people even experience antidepressant-like effects from moderate coffee consumption. If you’re struggling with mental illness, remember to talk to your doctor about caffeine intake. The above benefits don’t happen in a vacuum, and some doctors advise against consuming coffee in conjunction with some antidepressants.

Type 2 Diabetes is a common disease that affects how the body uses sugar. While coffee often causes a short-term increase of blood sugar levels, it could help prevent drinkers from developing Type 2 Diabetes in the long run.

A study conducted over 20 years while observing 45,335 people with Type 2 Diabetes showed those who drank around one cup of coffee per day had an 8% lower risk of developing diabetes while those drinking six cups a day had a 33% lower risk. The study also found caffeinated coffee to be more beneficial than decaffeinated.

Coffee and other health problems

Multiple studies have shown how coffee can help with a wide range of health problems, including heart issues, Parkinson’s disease, Alzheimer’s disease and gallstones.

For example, a Nurses’ Health Study found that, of the 83,076 women involved in the study, those who drank four or more cups of coffee per day showed a lower stroke risk of 20%. Other caffeinated drinks, including teas and sodas, didn’t seem to have the same effect.

Often caused by low levels of dopamine, Parkinson’s disease is an illness that affects the nervous system. Coffee could be an excellent addition to the diets of anyone worried about developing Parkinson’s Disease as studies show caffeine can help protect brain cells responsible for producing dopamine.

Alzheimer’s Disease is another neurodegenerative disease coffee may help prevent. A study published in the Journal of Alzheimer’s Disease concluded, “most studies (3 out of 5) support coffee’s favorable effects against cognitive decline, dementia or AD.”

Lastly, coffee may help prevent the formation of gallstones made from cholesterol. The caffeine and other components found in coffee help stop cholesterol crystals from forming in the gallbladder.

Coffee features many nutrients that can help improve general health. Vitamin B2, for example, is present in coffee and helps reduce oxidative stress and the inflammation of nerves. Getting the right amount of Vitamin B2, or riboflavin, can even help prevent migraines and cardiovascular disease.

How much coffee should you drink?

As with anything, it’s best to enjoy coffee in moderation. The Dietary Guidelines for Americans considers three to five cups of coffee, equaling around 400 mg of caffeine, a moderate amount of coffee. Avoid ingesting too much coffee throughout the day. The as heavy amounts of caffeine could lead to insomnia, anxiety, increased heart rate and nausea. If you’re worried about your caffeine intake, consult a doctor right away.