As the Oceans Rise, are Floating Houses a Viable Solution? 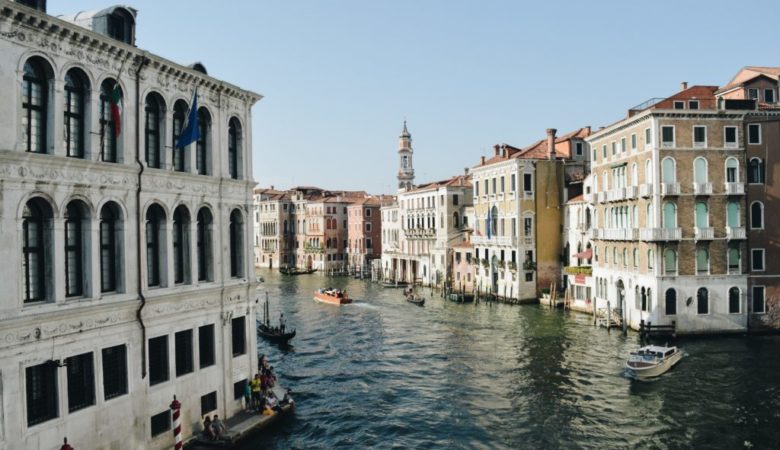 The sea levels are rising, and mainlands are shrinking. Climate change threatens to displace many island and coastal communities. What’s the solution?

Water covers about 70 percent of the Earth’s surface. While many view the ocean as an inhabitable space stretching to the horizon, innovators like the Finnish company Bluet see it as prime real estate. Floating houses appear to be the most viable option. And we’re not talking about house boats that are fun to stay on for a weekend vacation. For some cities, permanent residence just off the coast is becoming a reality. Bluet is pioneering full-sized luxury houses that have everything you could ask for.

And they float on water.

Earth’s global temperature has been steadily increasing for decades. Arctic glaciers are melting into the ocean and can’t be undone. A fraction of a degree warmer might seem insignificant, but it has disastrous results. Once coasts are submerged under water, there’s no getting them back.

That’s why floating houses are such an alluring idea. They adapt to fluctuating sea levels, so unlike mainland communities, flooding isn’t a concern. These houses are anchored to the sea bed just off the coast, allowing residents convenient access to land. When the tides change, coastal communities will need a solution to change along with them.

They’ve been around for centuries

Floating houses have existed for a long time. They just didn’t look like fancy glass mansions! An indigenous group of people called the Uros have lived on manmade islands in Peru for thousands of years. The Uros don’t just have floating houses; they have a floating city on Lake Titicaca!

The Uros first invented these floating islands as a line of defense against unwanted intruders. Those days might be long gone, but now a new threat lurks in the water: climate change. If you happen to be in Peru, you can see the Uros people continuing the tradition of amphibious living even to this day.

Southern communities have adapted to coastal living as well. In New Orleans, houses right on the ocean have stilts that prop them twenty feet in the air. That way, flood waters can pass right under the houses. While their houses don’t float, the New Orleans residents know how to out-smart the forces of nature.

Benefits of living on the water

Floating houses might be the solution for cities overwhelmed by a dense population. If more companies invested in amphibious living, cities could accommodate their growing number of citizens. Real estate is scarce on land, but water holds a potential that’s just begging to be used.

Floating houses are perfect for those who want to live near the water but are afraid of flood damage to their property. While these houses are no cheaper than conventional ones, you wouldn’t have to pay for flood insurance. Living on water can actually save you a bit of money! No need risking a flooded basement when you can let the tide pass right under you!

These innovative structures are great if you’re the adventurous type. A floating house would help you stand out from the crowd and become a trend-setter for amphibious living. They’re the obvious choice for those who want to be one with nature, as well. Floating houses provide the escape you need from the urban life. Of course, the city is just seconds away when you feel like visiting it.

Floating houses have some drawbacks

If you hoped floating houses would be a cheaper alternative to conventional living, you’d be wrong. On average, floating houses are 8-16% more expensive than a house on the mainland. But if you have the money, you might as well go for it!

Speaking of money, another downside to these houses is only the rich can afford them. However, it’s not the rich who are most directly impacted by rising sea levels. Underdeveloped countries stand in the direct line of climate change but lack the resources necessary to protect themselves against it. Floating house prototypes are popping up in places like Helsinki and London. It’ll be a while before they’re mass-produced to save endangered communities.

Floating houses are far off from becoming the norm in coastal communities. Many are apprehensive about the prospect of living on the water. It’d certainly be different from conventional life, so adapting to the change would take some time. After all, humans are not inherently amphibious.

The global temperature isn’t going down anytime soon. Floating houses might be an intriguing option right now, but they may become the only option.