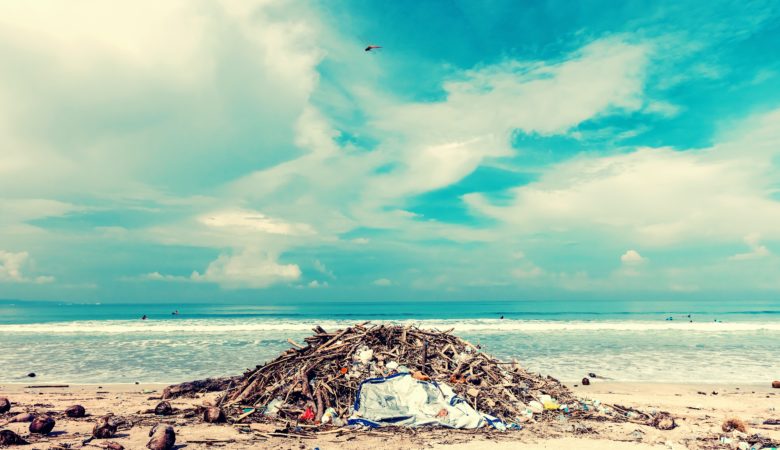 There’s no doubt that the ocean is full of trash. Many of us have grown up with an increased awareness of the problem thanks to publications like National Geographic and environmental organizations.

Recently, the Ocean Voyages Institute, an organization partially dedicated to removing trash from the Great Pacific Garbage Patch, managed to remove over one hundred tons of plastic and other garbage from the ocean. Unfortunately, this is just a drop in the bucket when it comes to what’s polluting the seas.

What exactly is the scope of the problem we’re dealing with—and why is it so important to take action now?

The ‘wow’ factor of ocean trash

National Geographic describes the “wow” factor of ocean pollution: “There are 5.25 trillion pieces of plastic debris in the ocean. Of that mass, 269,000 tons float on the surface, while some four billion plastic microfibers per square kilometer litter the deep sea.” It’s hard to picture such a vast amount of trash, but what’s worse is that it’s an extremely difficult statistic to track. Garbage can range in size that are hundreds of meters across to microscopic particles. Monitoring the amount of trash in the sea can be done through taking samples at sea to create computer models, beach surveys and estimates about how much is being dumped at any given time. That’s how researchers got to the 5.25 trillion statistic, but they freely admit that it’s hard to know just how much trash is really in there.

What’s worse is that the ocean trash isn’t relegated to one location, like the Great Pacific Garbage Patch. Currents in the ocean cause the trash to swirl around the globe—trash is found everywhere, and can harm sea creatures, birds and humans alike. In fact, one whale recently washed up in the Philippines with nearly 90 pounds of plastic bags in its stomach.

How the recent ocean cleanup was conducted

This is a serious problem, and ocean cleanups have been conducted over the years to help reduce human impact on the sea. Last year, the Ocean Voyages institute conducted a 25-day project that retrieved about fifty tons of trash from the ocean. This year, their 48-day stint recovered about 100 tons of trash, including nets discarded by commercial fishers.

To put this in perspective, keep in mind that the Great Pacific Garbage Patch is thought to have 80,000 tons of trash floating around in that area alone. Ocean currents called gyres swirl around and “collect” the trash in certain locations—the Pacific patch is just one of many.

The amount of cleanup that remains to be done is overwhelming, but it must be done to preserve our oceanic ecosystems.

If you’re not a whale carrying around 90 pounds of plastic trash in your stomach, you might fail to see the problem (or have trouble convincing others of the issue). After all, we’re dealing with a global pandemic, skyrocketing unemployment, political upheaval and social unrest—and that’s just in 2020. Unfortunately, ocean pollution affects humans just as much as it harms sea life, and it’s not a problem we can afford to ignore.

Our oceans are responsible for 97% of the world’s water supply and help generate 70% of the oxygen we breathe. When plastics (and the chemicals they release) are dumped in the ocean, these chemicals are ingested or absorbed by marine life, including the fish we eat. This can kill the ocean creatures, disrupting the delicate balance in their ecosystem—and if it doesn’t, eating contaminated fish can harm us. Planet Aid writes, “Chemicals such as oil, mercury, lead, pesticides, and other heavy metals…can contaminate water supplies and our food chain by affecting the marine life involved. If humans are exposed to these toxic chemicals for long periods of time, then this can result in dangerous health problems, which include hormonal issues, reproductive issues, and damage to our nervous systems and kidneys.”

So what can you do on an individual level? The Ocean Cleanup has a list of ideas, including organizing your own beach cleanups, recycling as much as possible, wearing as little synthetic clothing as possible and donating to appropriate cleanup charities. Perhaps most importantly, you can reduce your use of single-use plastics.

As long as humans keep dumping trash into the ocean, this problem will continue. Taking individual action might feel like a drop in the ocean—but every drop counts.