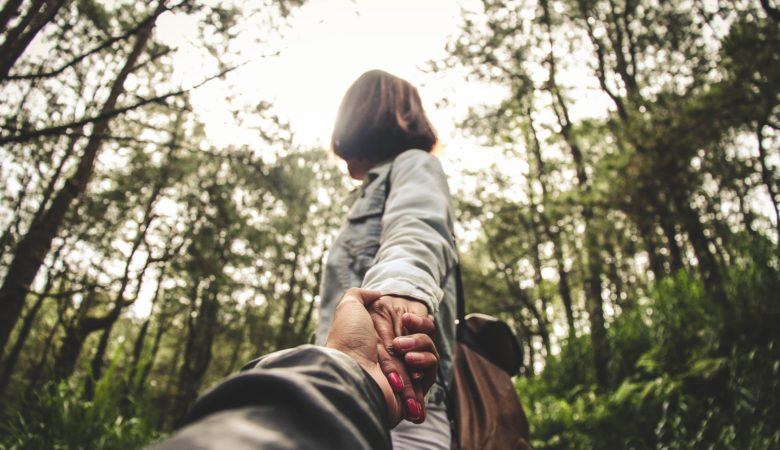 If you have a hard time letting go of the relationships you feel like you “should” be having, or you’ve always wondered why you’re supposed to prioritize certain relationships (partners, family) over others, relationship anarchy might be the answer.

This concept is popular among people who practice polyamory or non-monogamy, but it can be applied to just about any type of relationship. By applying some of the core tenets to your family, friends and romantic partners, you can weed out those toxic relationships.

The tenets of relationship anarchy

What is relationship anarchy? That depends on who you ask. According to The Cut, relationship anarchy “is a relationship philosophy which draws its tenets from political anarchy, the main one being that all relationships (romantic and otherwise) shouldn’t be bound by any rules not agreed upon by the involved parties. What those relationships might look like may vary greatly from pair to pair, but there are several core values shared by most relationship anarchists: being non-hierarchical (i.e., they don’t rank their romantic partner[s] as necessarily more important than their friends); anti-prescriptionist (i.e., there are no built-in prescriptions about what a partnership must look like); and often, non-monogamous.”

Don’t worry, monogamous readers—you don’t have to open up your romantic relationship to apply these tenets to your life.

Chances are, you’ve had some sort of toxic relationship during your lifetime—it doesn’t necessarily have to be a romantic one. Any kind of relationship can turn toxic, including family relationships and longtime friendships. In fact, sometimes it’s harder to see when close family members are toxic, since there’s a societal expectation that family is often above reproach. If you’ve ever made excuses for someone—“she means well, she just has a hard time dealing when things don’t turn out her way”—you might be falling into this trap.

One of the reasons that it’s so hard to get out of toxic situations is that society places a lot of importance on certain relationships. You’ve probably felt the pressure to be a good child or sibling, have close friends and even get married, at some point in your life. People think they’re “failing” if they acknowledge certain relationships aren’t meeting that ideal—especially if you share a long history and/or DNA.

However, toxic relationships can take a serious toll on mental health. The worst ones are emotionally, mentally, physically, sexually or verbally abusive. These can lead to lasting trauma. If it’s all you’re used to, you may choose similar patterns in future relationships.

If you suspect one or more of your interpersonal relationships is toxic, try applying relationship anarchy principles to them. First, disabuse yourself of the notion that any one relationship is more important than the other, even if you share DNA. Who in your friend, family and romantic groups treats you the best now? Who do you find yourself making excuses for? If you weren’t related or didn’t have a long history—like if they were a co-worker—would you still make excuses for their behavior?

Next, think about your ideas of what a relationship “should” look like. Most of us were raised to believe that our nuclear family is a lifelong source of support, so we “should” be loyal to them no matter what. And if you’ve ever joked about helping your bestie bury a body, you might have some ideas about how close friendships “should” function—even when that person does something terrible. You get to choose your standards and boundaries, and you don’t have to stay in a platonic or romantic relationship that violates them.

Finally, ask yourself if you’re allowed to be “non-monogamous”—that is, are your friends, family and partner(s) amenable to you having contact outside that relationship? For example, is your dad weirdly threatened by you having another father figure? Does your romantic partner try to isolate you from your friends and family? You don’t have to be a social butterfly or romantically non-monogamous. Just consider whether each person treats you like they’re secure in their position, and gives you the freedom to pursue other types of relationships.

Once you evaluate your relationships with these standards, you might just be surprised at which ones make you feel truly supported—and which ones you put up with because you “have” to.