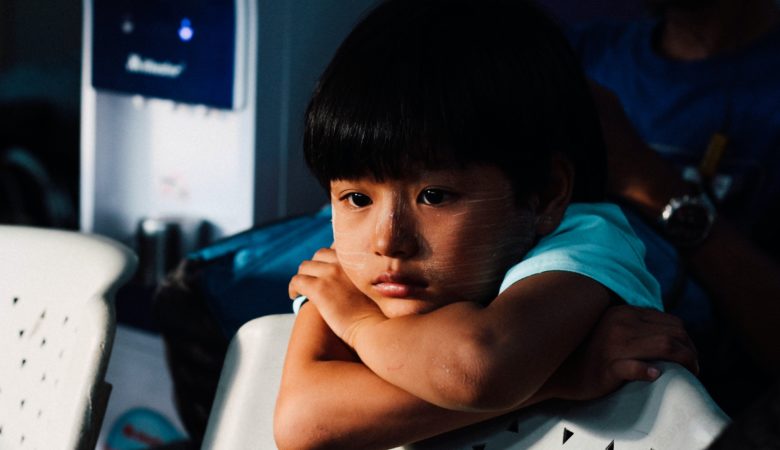 The children are our future. We’ve all heard this statement before and there’s a lot of truth in it. The next generation will inherit the world we create for them, and they’ll eventually do the same for their kids. It’s been that way since the beginning of history. But for the first time in history, our children fear for the world they’re about to inherit.

According to an article published in The Guardian, “half of child psychiatrists surveyed say patients have environmental anxiety.” Increasingly, the younger generation is feeling trepidation and uncertainty about the world we’re leaving them with.

The article published in The Guardian comes from a clinical study conducted by England’s National Health Services (NHS), aimed at understanding the psychological effects of COVID-19 on different segments of the population. One question asked, “in the last year have you seen patients who are distressed about environmental and ecological issues?” To this, 57% of child and adolescent psychiatrists answered in the affirmative.

The younger generation sees environmental harm as a concern on-par with issues like cultural equality, misinformation through social media, and similar rising issues now getting time in the spotlight. It all adds up to stress, anxiety and distress—particularly about what the future holds. Many kids seeking treatment from a psychologist do so because they feel the future doesn’t hold much to get excited about.

Time is running out for action

There’s a reason the next generation is losing sleep over the environment—it’s because we’re running out of time. Earlier this year, scientists moved the Doomsday clock ever closer to midnight, citing climate change as one of two primary drivers (alongside threat of nuclear war). The current time is 100 seconds to midnight—closer than we’ve ever been. New studies released this year also bring alarming new evidence to the forefront of climate discussions—namely, that we’re already too late to stop global warming. The best we can do now is to minimize its effects and hope future science will yield a way to restore the earth’s ozone barrier.

For kids who will spend the next 60-80 years growing up on earth, these findings are more than enough to cause anxiety, fear, anger and a feeling of hopelessness. Our children are inheriting a broken earth with no clear way to fix it. And, perhaps more depressingly, they’re inheriting it from older generations that don’t take climate change seriously. According to PEW research from 2019, roughly 20% of people worldwide see climate change as a minor threat, while 9% believe it’s not a threat at all.

The inaction of current and past generations is mounting more and more, creating a hopeless task for the next generations and any after them.

While new insights about climate anxiety in younger people may trigger more research, the question remains, “what can we do to help combat this anxiety?” Unfortunately, the answer is a complicated one, because it involves meaningful change to the environment—not a clinical course of treatment. Treating anxiety over climate change with prescriptions or cognitive exercises doesn’t address the root problem: the devastation to our climate.

To help the next generation shed their anxiety and improve their confidence in the future of the world, the current generation needs to lay the groundwork for change. Climate change and global warming aren’t problems that can be solved in one generation—or even two or three. There needs to be a concerted effort to make sustainable, lasting change for the future, forever. It needs to start somewhere—why not right now?

Taking the initiative to address climate change now means creating a starting point for the next generation. Instead of leaning on them to figure everything out, we can (and should) provide them with a starting point—even if it’s not a perfect solution.

Compounding stress is a killer

The NHS study sheds light on something even more significant than concern about climate change. Our children are more anxious than they’ve ever been before, which means coping with mental health problems earlier in their lives. As any adult with mental health struggles knows, these concerns can be crippling. It’s difficult to face something so overwhelmingly massive as climate change when you’re plagued by anxiety, depression and apathy. Moreover, these compounding stressors manifest in everything from physical declines in health to poor habits that perpetuate the effects of poor mental health.

The prospect of climate change isn’t only devastating for our planet—it’s taking a tremendous toll on our children, who will inevitably have to fight the effects of a situation that’s already too far out of hand.