Improve Your Garden by Jumping on the Vermicomposting Trend 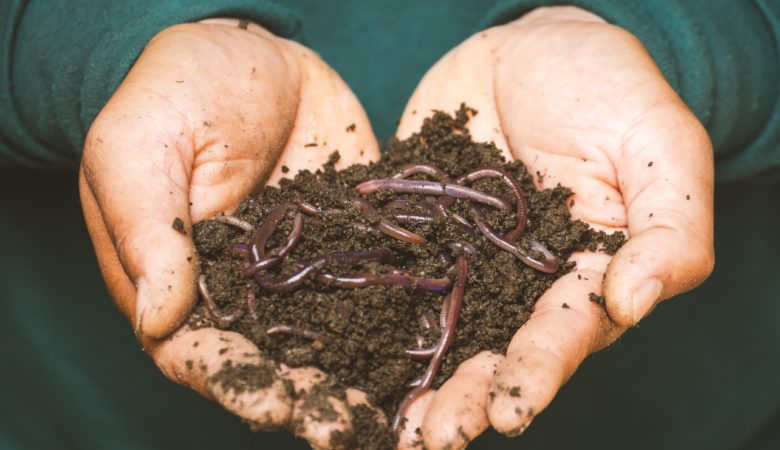 If you’ve spent the last year and a half trading social gatherings for gardening, you’re not alone. Millennials and Gen Zers are increasingly prolific gardeners. Not only is it a peaceful, meditative hobby, but there’s nothing quite like growing your own food and flowers.

When you want to take your garden to the next level, however, you might want to bring in the heavy hitters. Vermicomposting is a type of composting done by earthworms. Basically, you’ll transform your kitchen scraps and yard waste into dark, rich soil that your plants will love.

Even if you’re an “ew, worms” sort of person, it’s worth giving vermicomposting a try. The nutrient-rich compost will provide plenty of room for growth. Since you’ll generate smaller batches at a time, it can be mixed with regular compost and soil as a special treat for your plant babies.

Americans generate about 4.4 pounds of trash per person per day, which adds up to hundreds of millions of pounds of waste. Yard debris and food waste make up about a third of that. Instead of sending it to your local trash center, why not make a compost bin in your own backyard?

Vermicomposting is much like regular composting: you’ll collect suitable food waste and yard debris and put it in a small, covered compost bin. The difference is that this time, you’ll add worms.

As the worms eat the food, they will excrete black “castings.” That’s the polite word for worm poop, and your plants are going to love it. Eventually, the bin will be so full of worm castings that you can harvest them. Then it’s time to spread around your new, all-natural plant treat. (Yum.)

Vermicomposting is great for people who don’t have a lot of space to compost, but still want to reduce their waste. The larger bins are about 18 by 24 by 18 inches—which is still small enough to keep in an apartment or small backyard.

How to get started

First, you’ll need a bin. Look for something in plastic or Styrofoam, or buy a commercial vermicomposting bin. Your bin will need to be well-ventilated, with plenty of holes on the bottom and sides. If you cut holes in the lid, cover the larger ones with fabric so as not to attract fruit flies.

Next, add moist shredded newspaper to the bottom of the bin, then add a layer of regular garden soil and kitchen scraps. Then you’ll get the worms—about two pounds of worms per pound of garbage is a good starting number.

According to Planet Natural, “Eisenia foetida, also known as red wigglers, brandling or manure worms. E. foetida will eat its weight in garbage every day, reproduce prolifically, and survive a variety of feeding conditions. Lumbricus rubellus (manure worms) will also do well in composting bins.” Note that worms can double their populations in as little as 90 days, so be careful when starting out.

You can store your vermicomposting bin anywhere cool and dark, like in the basement, in a shady spot in your backyard or even under the kitchen sink. Feed your worms regularly, and spray the bin with water if it appears to lack moisture.

What to feed your new squirmy overlords

You can’t toss just anything in your vermicomposting bin. Be careful to only add fruit and vegetables and other kitchen prep or yard waste. Don’t feed them meats, oily or fatty foods, dairy or fermented products. Not only will you attract pests like mice, ants and flies, but it will almost certainly cause foul odors. Your worms might also leave the bin under these conditions…so unless you’re prepared to star in Invasion of the Hungry Worms, be very careful about how you care for your vermicomposting pals.

Finally, make sure to cover the food waste with more damp newspaper.

You already know the two main benefits of vermicomposting: cutting down on the amount of waste you produce, and creating rich, nutrient-dense compost for your plants. Those are great reasons in and of themselves.

If you have children, vermicomposting is a great way to give them some hands-on experience with decomposition, how earthworms help process waste and why it’s so important to be kind to the planet.

And if all else fails, at least you’ll have something to bring out for show-and-tell when it’s time for your in-laws to go home.