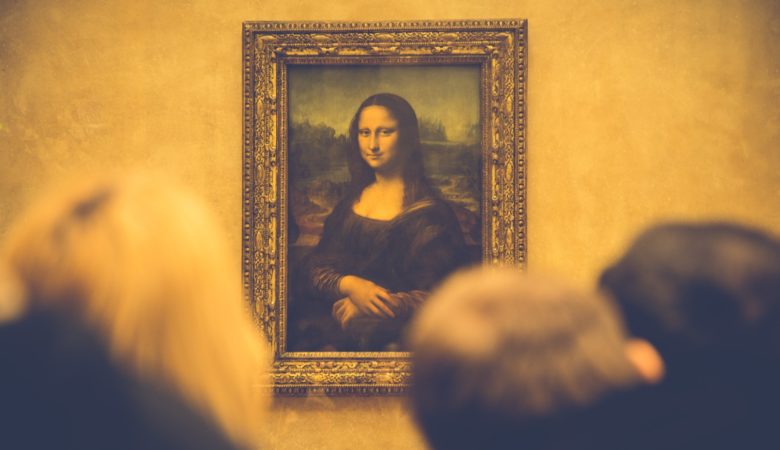 Talk about The da Vinci Code: scientists have been hard at work trying to trace famous artist, inventor and engineer Leonardo da Vinci’s DNA. If they can find the specific genes associated for his talent, we could be that much closer to finding out what makes people super geniuses—or at least capable of painting and drawing extraordinary works.

The Leonardo da Vinci DNA Project has been attempting to trace da Vinci’s genetic footprint through his family tree. To date, 14 living relatives of da Vinci have been located. Scientists are hopeful that through this project, they’ll be able to do three things: identify whether interred remains really belong to da Vinci, identify and verify potential da Vinci works based on DNA he left behind and sequence his genes to find the source of his talent.

You might know him as the painter of the Mona Lisa and a Ninja Turtle namesake, but the real da Vinci was so much more. Leonardo da Vinci wasn’t just an artist: he was also a scientist, engineer and inventor. He studied human anatomy the old-fashioned way—by examining corpses—and created his own mirrored code in his journals. His journals contain sketches for helicopters, bicycles and other modern machinery we use today. If you’ve ever heard someone referred to as a “renaissance man,” meaning they’ve got a wide breadth of knowledge, da Vinci is the inspiration. He’s one of the greatest minds in history, so it’s little wonder that his legacy fascinates us still.

Da Vinci was born in 1452, to a 15-year-old orphan, and died in 1519 at age 67. His remains have been lost. He didn’t leave behind any children, either—in fact, some historians speculate that he was gay. (This is possibly supported by the fact that he was jailed for sodomy at one point.) That might explain why he had the time to accomplish so much, but it also makes it a lot harder for scientists to trace his lineage.

How the da Vinci family tree is helping

Since no one really knows whether da Vinci’s remains are actually his, the first thing the DNA Project had to do was trace his family tree. According to Live Science, “In a new study, Vezzosi and Sabato used historical documents from archives alongside direct accounts from surviving descendants to trace the five branches of the da Vinci family tree. According to the historians, Leonardo was part of the sixth generation of da Vincis.”

The descendants they found range in age and profession—there is at least one artist—but more importantly, they can help the scientists and historians sequence the da Vinci DNA. “The researchers will determine whether the human remains from the Loire Valley chapel belong to da Vinci by comparing the Y chromosome in those bones to the Y chromosome belonging to da Vinci’s male relatives. The Y chromosome is passed from father to son and remains virtually unchanged for as long as 25 generations, according to the researchers.”

In addition to that, sequencing da Vinci’s DNA will help art historians. As you may already know, it can be difficult to properly attribute works to Renaissance artists, especially because great masters often taught apprentices and students. That’s why you’ll occasionally see museum works credited as being part of an artist’s “school.” If they weren’t properly signed and authenticated, it’s hard to tell whether it was the original artist or a skilled student. Art historians are looking forward to using these DNA discoveries to authenticate art, journals and other artifacts that could be part of da Vinci’s legacy—it turns out that there’s 500-year-old traces of DNA still lingering on the works.

What it means for the rest of us

Even if you’re not one of da Vinci’s living descendants, this discovery has wider implications. Theoretically, if scientists can sequence da Vinci’s DNA, they may be able to find out exactly what part of the genetic code is responsible for that incredible talent.

While we might not be cloning the man, bottling and selling his talent or making genetically modified super babies—at least not anytime in the near future, one hopes—this could significantly further our understanding of how genetics work.