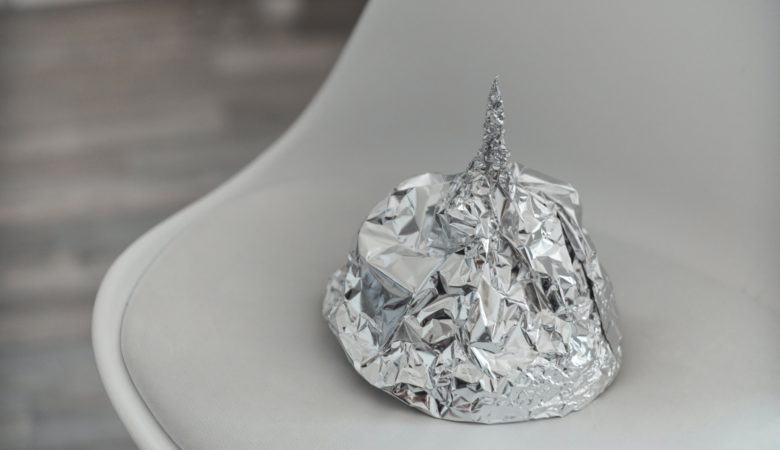 We all have that one relative who won’t stop posting conspiracy theories on Facebook. Some have been around forever, while others take advantage of modern times and technology. No, 5G isn’t responsible for COVID-19, former President Obama wasn’t born in a foreign country and vaccines are not government mind control—or are they?

How do you decide what’s a legitimate news source and what’s fake? After all, some conspiracy theories end up being true—the CIA tested hallucinogens like LSD in a mind control project, Big Tobacco knew that cigarettes cause cancer and the government hid the fact that former President Woodrow Wilson had an incapacitating stroke near the end of his presidency. These former conspiracy theories ended up coming to light as truth. What else is stranger than fiction?

The problem with conspiracy theories is that when you think about them enough, they seem to gain credence. On top of that, today’s technology is more sophisticated than ever. Phishing scams have been creating credible-looking websites since the advent of the internet. Scammers routinely call and prey on the elderly, using details gathered from the internet to frighten them into sending money. Deepfakes make it look like another person is saying or doing things that they never did. All this means is that sometimes, you can’t even believe your eyes and ears.

What’s worse is that technology and algorithms can take uncritical viewers down a rabbit hole of videos, tweets and other media that often leads to radicalization. How can you trust that what you’re seeing and hearing is real?

You might roll your eyes every time your Aunt Bertha posts something about tracking devices in vaccines, but many conspiracy believers are far from the mindless dopes that we might privately mock.

Marc Tuters, from the University of New Amsterdam’s Department of Media & Culture writes, “Conspiracy theories are an increasingly important method of indoctrination and extremist radicalization. At the same time, their adversarial logic also maps onto a populist style of political rhetoric that pits the general will of the people against a corrupt and ageing establishment elite.”

That is, many conspiracies play to a specific kind of person’s fear of government control and desire to see themselves as “above it all,” or especially enlightened. Lumping everyone else into a nefarious “other” creates an attractive “us against them” narrative, which in turn drags in more would-be conspiracists. “Wake up” is a rallying cry from those who drank the Kool-Aid—and want you to drink it, too.

How do you spot a conspiracy before you’re the next person shouting down your cousins and government mind control on Facebook? Lifehacker provides a comprehensive list of ways to tell you’re looking at a conspiracy, not a legitimate piece of news.

One of the best ways to tell is how the source handles contradictory information. Most conspiracies will, instead of arguing with the opposing source, simply absorb that information into their theory, even if it doesn’t make any sense.

The government (or other “other”) always has a malicious intent, and official news sources are immediately dismissed out of hand. They like to reinterpret any inconvenient facts and evidence, and anyone who is proven to be a fraud is then held up as a persecuted victim of that “other.” If someone is constantly explaining away clear fallacies, it’s a good chance they’re propping up a conspiracy theory.

It’s never too late to train your brain

Even if you’ve fallen for a conspiracy theory in the past, it’s never too late to learn how to spot suspect “news” sources. Once you start looking for the key identifiers of conspiracy theories, you’ll start seeing logic fails everywhere.

Reading up on logical fallacies is one way to start identifying the ways people present stories and handle conflicting information. In fact, “conspiracy theory” is a logical fallacy itself: look for someone “[e]xplaining that your claim cannot be proven or verified because the truth is being hidden and/or evidence destroyed by a group of two or more people.  When that reason is challenged as not being true or accurate, the challenge is often presented as just another attempt to cover up the truth and presented as further evidence that the original claim is true.”

In today’s world—especially during the COVID-19 pandemic—there are a lot of people capitalizing on general public discontent by spreading inflammatory, ill-conceived claims that are laughable at best and life-threatening at worst.

When you see news articles, memes and social media posts vilifying that nefarious other, take a minute to analyze whether it passes the conspiracy theory fallacy test. You might not be the most popular person at the Thanksgiving table, but at least you’ll be well-informed.