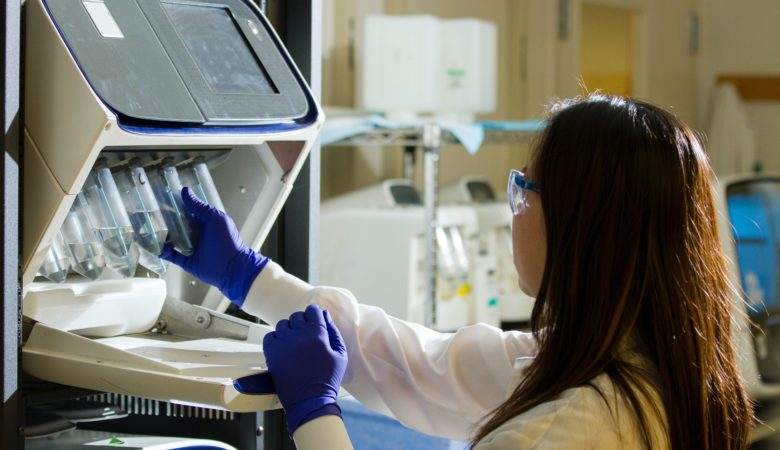 If you or someone you know has a genetic disorder, you’d probably do just about anything to permanently eradicate that genetic component. CRISPR—which stands for “clusters of regularly interspaced short palindromic repeats”—is a way to edit genetic material. CRISPR may be able to help scientists do a number of different things, including eradicate genetic disorders.

Is this a good thing, or was Jurassic Park’s Dr. Ian Malcolm right when he said, “Yeah, but your scientists were so preoccupied with whether or not they could, they didn’t stop to think if they should?” Here’s what you need to know about CRISPR, and what it means for humanity as a whole.

To put it simply, CRISPR is a way to precisely edit genetic material in any type of cell. According to Live Science, “It is a specialized region of DNA with two distinct characteristics: the presence of nucleotide repeats and spacers. Repeated sequences of nucleotides — the building blocks of DNA — are distributed throughout a CRISPR region. Spacers are bits of DNA that are interspersed among these repeated sequences.”

Jennifer Doudna won the Nobel Prize in Chemistry for developing CRISPR technology, and it has been used with great success on human patients. For example, one woman with sickle cell disease was able to ride on an airplane (something she’d never done before) without excruciating pain due to altitude change. CRISPR was able to alter her genetic material so she was no longer affected by the genetic disease. That’s a significant leap in treatments for sickle cell disease—it appears that patients can be completely cured of the disease. For anyone with a genetic disorder, that sort of hope is hard to come by.

How CRISPR can change personalized medicine

Assuming that CRISPR continues to be used to cure genetic disorders, this technology opens up a whole new world of personalized medicine. It’s not a stretch to imagine future genetic counseling offering the opportunity for parents to ensure they don’t pass down certain diseases, rather than just statistical likelihoods and related information.

According to NPR, Dr. Haydar Frangoul from the Sarah Cannon Research Institute says, “It is a big deal because we were able to prove that we can edit human cells and we can infuse them safely into patients and it totally changed their life.” It might be able to help AIDS, heart disease and genetic vision disorders, too.

On the other hand, there are some serious ethical questions. The Hill raises some of them in this article. In short, bioethicists are worried about:

Granted, much of this is speculation at the moment. Given the fact that the United States is already heavily investing in the technology, though, D’Amato is right to question what this means for the country, medicine and humanity on the whole.

If handled fairly, CRISPR could allow people to edit their genetic code and drastically improve their quality of life. There’s no doubt that these exciting new developments are a beacon of hope for people with diseases like sickle cell disease and beta thalassemia. But it’s up to the government to guarantee it’s handled appropriately—yet another good reason to vote for trustworthy candidates on a local, state and federal level.