Augmented Reality Contacts are Closer Than Ever 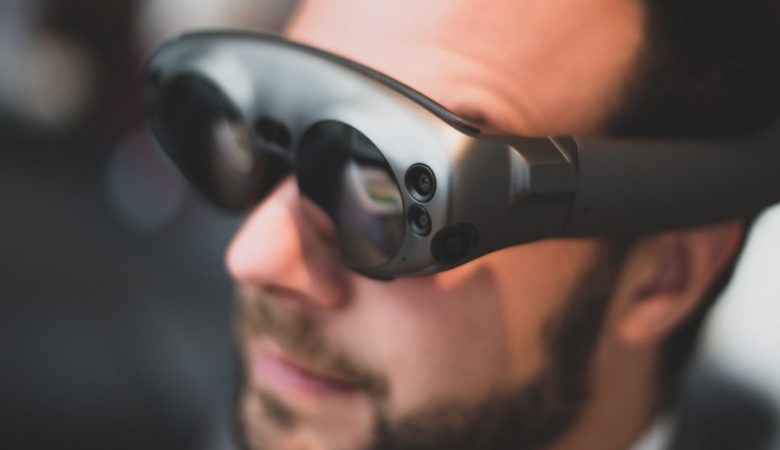 Ever wondered what it’s like to play with the gadgets from spy movies? You know, the ones where green digital coding scrolls across the actor’s vision while they track down an objective. That technology, otherwise known as Augmented Reality (AR), always seems far-off into the future.

The future is closer than you might think. A tech company called Mojo Vision—not Google, surprisingly—is already working on the prototypes for AR contact lenses. Soon you can be like one of those movie spies! But instead of pulling up top secret files about criminals, you’ll be checking the weather forecast.

AR is nothing new. Contact lenses are merely the latest medium for it. Perhaps you’re familiar with the worldwide Pokémon Go phenomenon that started in 2016? The game was (and still is) a pioneer for AR—even if it’s just so people can see Eevees and Charizards appear on the sidewalk right in front of them.

Pokémon Go is far from the only example. Google also dabbles in the latest AR innovations. Remember Google Glass back in 2013? The product still hasn’t surfaced for public use yet. One common complaint was the glasses were a breach of privacy. People were afraid others were unknowingly recording them with a pair of Google Glasses in public.

Despite its initial flop, Google Glass made a small resurgence last year. The lenses feature improvements like a better camera and a sleek black design. While they’re not available to the general public, the glasses are a useful tool for various jobs.

Needless to say, AR technology is an intriguing landscape—for both practical use and entertainment. But we still haven’t quite figured out how to bring augmented technology to the masses yet.

Some versions of AR help first responders save lives. AR can simulate a real-life dangerous situation for firefighters in training. That way, if they make a mistake, no lives were lost. Similarly, military personnel use AR to prepare for threats to national security. While those instances are rare, they must know how to respond in case they do happen.

Google also sells their glasses to warehouse and factory workers. They help employees complete simple tasks like tallying inventory and provide instructions to people on an assembly line. Google Glass even assists surgeons with completing operations! They might seem unappealing to consumers, but they serve commercial businesses quite well. It appears Google Glass found its niche.

The next level of AR is already here

Google isn’t the only company putting together augmented lenses. A company called Mojo Vision is the latest innovator on the scene. Their product? AR contact lenses, which have the potential to take augmented reality to the next level.

Unlike the glasses, these contact lenses become part of your body. They’re so discreet, no one can tell you’re using them! One day, you may be able to scroll through Facebook while face-to-face with someone, and they wouldn’t even notice.

Contact lenses mean you wouldn’t have to deal with clunky hardware attached to your face, either. The images that pop up are minimally invasive as well. They provide information in a way that’s not flashy and allow you to focus on your surroundings. Even the display is the size of a grain of sand! In other words, the AR adds to the environment instead of obscuring it.

Right now, Mojo Vision’s contact lenses are limited in what they offer. So far, they’re capable of simple tasks like giving weather forecasts and traffic reports. You could also pull up a digital version of your shopping list at the grocery store. However, it’ll be quite a while before the contact lenses allow people to browse the internet.

Where can I buy them?

Sadly, Mojo Vision contact lenses aren’t available on the market yet. It’s not surprising—remember, Google Glass has been around for years, and even this product hasn’t made it to mass consumerism yet. Like any new gadget, few will be able to get their hands on the contact lenses at first.

Similar to Google Glass, Mojo Vision’s contact lenses likely will serve best as a tool for commercial purposes. With their limited uses, the lenses would just be a novelty to consumers, anyway. It just goes to show that software developers are a long way from inventing AR gadgets that allow people to access the internet at the blink of an eye. But with these contact lenses, cool spy movies are starting to become a reality.