How to Adopt Conscious Consumerism into Every Grocery Store Trip 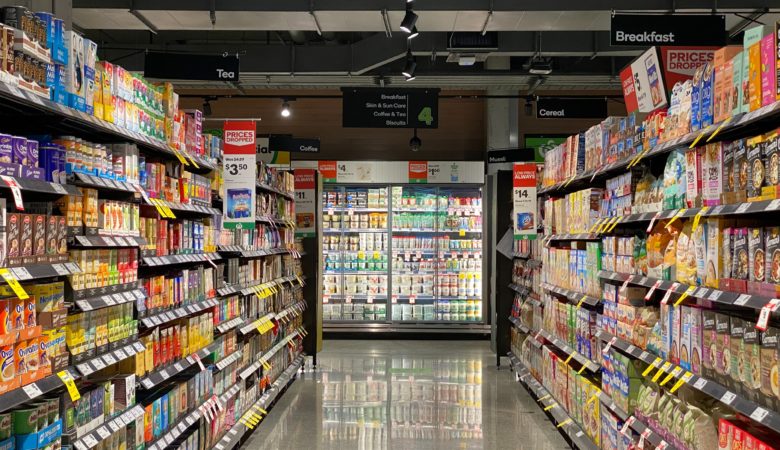 How much stuff do you have? Even if retail therapy isn’t your preferred mode of coping, most Americans have way more stuff than they really need. (Just ask Marie Kondo.) That goes for everything from fast fashion to an average grocery store run. We buy a lot of stuff—and if you’re not paying attention to the companies that are bringing it to you, you may be supporting some abhorrent practices.

When it comes to the grocery store, the way you shop can help you vote with your wallet. If you want the world to pay its workers a fair share, use sustainable and environmentally friendly practices and treat their animals well, you should adopt conscious consumerism.

Here’s how to make an impact, even when you’re doing something as simple as running to the market.

The skinny on conscious consumerism

Conscious consumerism is the practice of leveraging your purchase power to achieve certain goals. According to Means and Matters, “As early as 1767, a movement emerged encouraging American women to “love your country much better than fine things” and shop local to support the Revolution. Quaker abolitionists refused to buy goods produced by enslaved people in the 1840s. And the Montgomery Bus Boycott of the 1950s paved the way for the end of segregation laws and the beginning of the American civil rights movement.”

Basically, it’s like boycotting Starbucks because their holiday cups are red, but for real issues. When there’s a social ill you want to solve, you have to hit big business where it hurts: in the wallet.

Conscious consumerism takes some research. It’s easy to say, “I don’t like the way Nabisco is treating their workers, so I won’t buy their stuff.” It’s harder to find good, readily available and affordable alternatives. If you start looking into business practices across the board, you may find that nearly every company has some skeletons in their closet.

Furthermore, conscious consumerism can be downright expensive. The vast majority of Americans live paycheck to paycheck, with insufficient savings to weather extended periods of unemployment, medical emergencies or natural disasters. Paying $10 a pound for sustainably farmed ground beef and $7 per dozen eggs is just not in the budget for most single people, let alone families. There’s no shame if you can’t support all your ideals on the average American income.

However, that doesn’t mean anyone should completely abandon their ideals. You can effect change at home, even if you reach for the cheap ground beef.

Going full conscious consumer without preparation is like going fully vegan in the same way. Suddenly, you’re standing in the kitchen wondering how to fill the void that cheese left behind. When it’s too hard to change everything all at once, you’re far less likely to make changes and stick with it.

Instead, start small. Pick one or two things you care about. For example, you might feel passionately about supporting minority-owned businesses. Is there a minority-owned grocery store in your area? Try patronizing it instead of large chain supermarkets.

Food waste is another massive issue in America. Luckily, the fix for this one will actually save you money. Take some time to analyze how much food you throw away each week and why. Then identify where you can cut down on your purchases. That is, if you never seem to catch your avocados during the thirty seconds they’re perfectly ripe, maybe you should buy fewer of them—or only eat them in restaurants.

If you’re passionate about animal rights, you don’t need to quit eating meat—or even limit yourself to chickens with names. A small, sustainable change would be to identify a few local companies that sell sustainably and humanely farmed meat and dairy, then buy from them a couple times per month. Eventually, you can ramp up those changes or make new ones.

Finally, don’t forget to spread the word. Let your friends and family know what you’re doing—at least, whenever it comes up. (No one likes to be preached at unless they’re in church.) Then live by example.

Will it help? I’m just one person!

There’s an argument that conscious consumerism is a losing proposition. After all, you might have that heritage chicken, but you bought it at Amazon-owned Whole Foods. It can certainly be overwhelming.

In the end, your efforts may not singlehandedly change the world. But since we live in a society, you might just be the pebble that creates a ripple effect. Now, who’s ready for some guacamole?