Episode #15: My Leg is Smarter Than Your 5th Grader with Travis Ricks 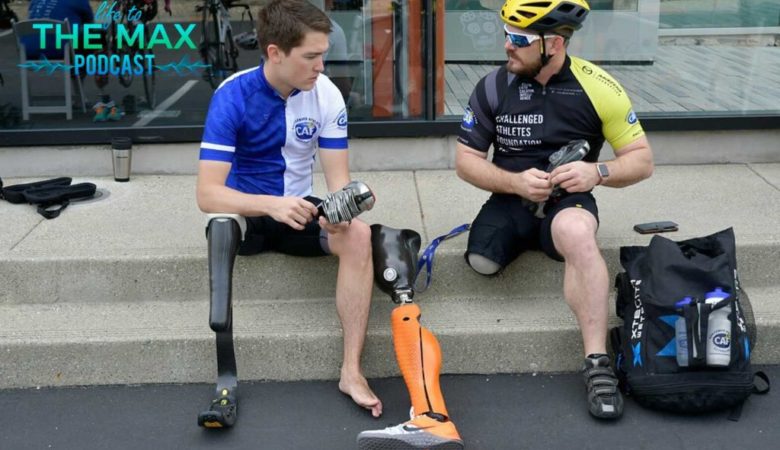 Travis Ricks concludes the three part series for the Challenged Athletes Foundation. After talking to CAF founder Bob Babbitt and adaptive athlete Liv Stone, Janna Breslin and Evan DeMarco join Travis Ricks at the Challenged Athletes Foundation Corporate office in San Diego for a facility tour of this incredible organization and a great conclusion to the epic trilogy of CAF as well their far reaching positive impact on the world.

Travis Ricks Quick Bio
As a teenager, Travis discovered he had a fatal tumor in his knee while playing football for high school. After battling through chemotherapy, several knee replacements, a series of aggressive staph infections and countless open knee surgeries, he was left with only two options. He could fuse what he had and be left with useless, but intact knee, or choose to amputate with the hope to run and compete again.

Since the choice of amputation, Travis has not only reached the International stage in his two sports (sitting volleyball and triathlon), he has made an active effort to give back to his community through sport.  Travis has also found his passion in coaching wrestling after graduating from high school.

He is very passionate about mentoring other amputees and cancer survivors through his work and is currently the Director of Programs at the Challenged Athletes Foundation.